FedEx Office to pull out of Canada, will cut 214 jobs

The shipping giant plans to close all 24 of its FedEx Office stores in Canada as well as a manufacturing plant in Markham, but the move shouldn't impact its shipping business 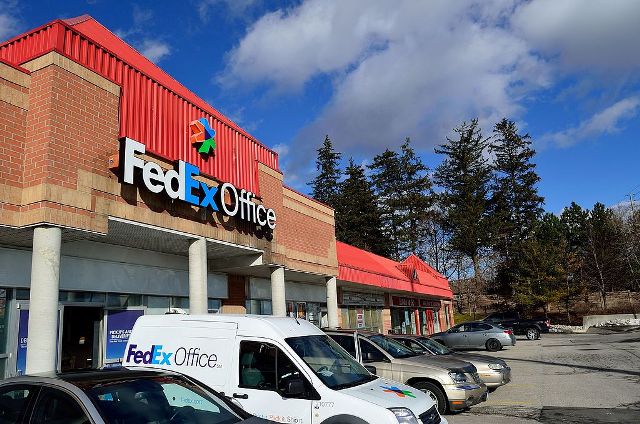 TORONTO—Shipping giant FedEx is closing its FedEx Office stores in Canada after 32 years in the country.

Spokeswoman Stacey Sullivan says FedEx Office will close its 24 stores, a manufacturing plant in Markham, Ont., and its head office in Toronto.

The move will result in the loss of 214 jobs, but will not affect FedEx’s shipping business in Canada, she said, adding the decision was made after assessing current and future business prospects.

Eighteen of the stores are in Ontario, five in B.C. and one in Nova Scotia. The closings are to begin in August.

The stores are also used as pick-up and drop-off sites for FedEx shipping. The U.S.-based company advised its Canadian customers it will still have more than 440 staffed retail locations and 540 self-service drop boxes across the country.