Japan – under pressure over its trade imbalance with the U.S., especially on auto exports – demonstrated its unity with China by signing a slew of agreements 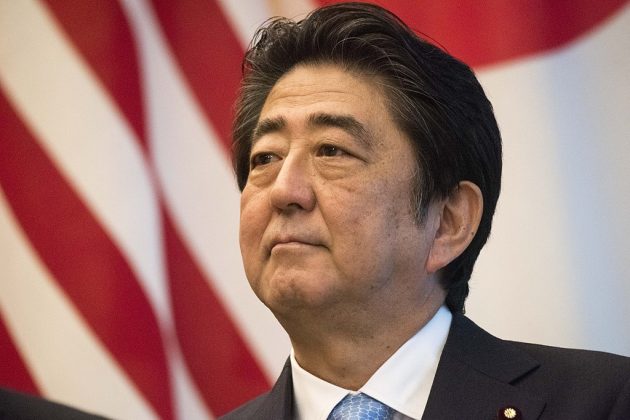 The visit by Japanese Prime Minister Shinzo Abe, along with hundreds of Japanese businessmen, took place against the backdrop of the festering trade dispute between China and the U.S. that has resulted in both sides imposing billions of dollars in tariffs on each other’s exports.

“I believe we need to take to a new level a free and fair trade system,” Abe said after meeting with Chinese President Xi Jinping.

The two sides signed a slew of agreements, including a currency swap deal and plans to work together in other markets.

The demonstration of unity was underlined by the nearly 1,000 business representatives who travelled to Beijing from Japan. China’s Premier Li Keqiang said they had signed 500 agreements worth $18 billion.

“This indicates our co-operation has great potential and a promising prospect,” he said. “As countries with great influence in the region and the world, we should safeguard free trade.”

Li said the two sides should work on regional free trade deals such as the Regional Comprehensive Economic Partnership, which does not include the U.S., and on a free trade area between China, South Korea and Japan.

“The realization of regional economic integration in the Asia Pacific region benefits the development of global free trade,” Li said.

President Donald Trump’s effort to win more favourable trade deals for the U.S. has focused most heavily on China, source of the biggest American trade deficit and the target of complaints over Beijing’s policies for building leadership in advanced technologies.

Japan, too, faces pressure over its own trade imbalance with the U.S., especially on auto exports. Abe’s government has agreed on holding talks with the U.S., its powerful ally, on a bilateral trade deal but also needs good relations with China, its biggest trading partner and the regional powerhouse.

Also Friday, the central banks of the two countries signed a three-year, bilateral currency swap agreement enabling the two sides to swap up to 200 billion yuan (about $28.8 billion) for 3.4 trillion yen. Such deals are aimed at easing trade transactions and support for financial markets.

The two countries agreed to discuss advanced technologies and issues related to patents and other intellectual property – a perennial bugbear for China’s relations with all foreign investors. The Japanese financial newspaper Nikkei said China was hoping to find ways to avoid shortages of components resulting from the trade dispute with the U.S.

A highlight of Abe’s meetings was the dozens of preliminary agreements on China-Japan co-operation in other countries, such as a “smart, sustainable city” in eastern Thailand.

Abe’s three-day visit was the first by a Japanese prime minister since December 2011.

Mari Yamaguchi in Tokyo and Elaine Kurtenbach in Bangkok contributed.