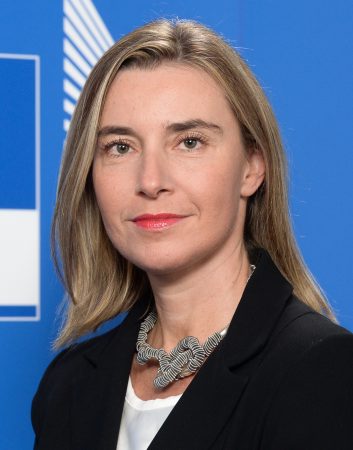 BRUSSELS—The European Union and Japan on Friday ushered in a landmark trade deal they say will boost business between the two economic powers and sends the message that international pacts still have a purpose in an age of increasing protectionism.

The agreement that comes into effect will scrap nearly all tariffs on products both sides trade in. It will have a big impact on Japanese exports of cars to Europe and EU exports of agricultural products like cheese to Japan.

EU foreign policy chief Federica Mogherini said Friday that both sides have “something to celebrate. Today, we have the entry into force of the largest ever free trade area.”

“Europe and Japan are sending a message to the world about the future of open and fair trade,” said EU Commission President Jean-Claude Juncker.

The EU and Japan account for almost a third of the world’s economy and the deal, which was formally signed last summer, is on average expected to benefit their 635 million citizens.

In Japan, shoppers could already get their hands on priced-down Spanish wines, since the duties on wine exports, which currently stand at 15 per cent, were being scrapped.

Some department stores and convenience stores in Tokyo were holding European wine fairs with price cuts of up to 20 per cent.

The pact runs counter to U.S. President Donald Trump’s moves to hike tariffs on imports from many trading partners.

The deal eliminates about 99 per cent of the tariffs on Japanese goods sold to the EU. About 94 per cent of tariffs on European exports to Japan will be lifted, rising to 99 per cent in the future. The difference reflects exceptions on such products as rice, which enjoys strong political protection from imports in Japan.

The EU said the deal will help increase European exports of chemicals, clothing, cosmetics and beer to Japan. Agricultural products with special geographical status, such as Austrian Tiroler Speck and Japan’s Kobe beef, will continue to be protected.

—Mari Yamaguchi in Tokyo contributed to this report.