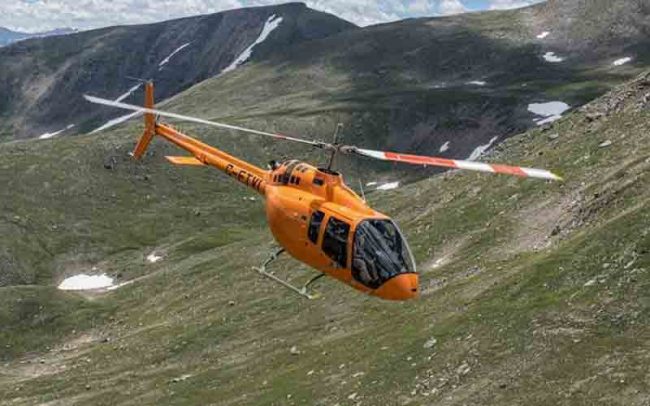 MIRABEL—Bell Helicopter Textron Inc. is relocating assembly work for its new 505 helicopter from the southern U.S. to Montreal.

The move, which will bring about 100 jobs back to the company’s Mirabel facility, follows significant layoffs at the plant over the past 13 months. After eliminating 300 jobs in April of 2015, Bell cut an additional 200 jobs in Quebec this spring, which left its overall workforce in the province at about 1,000, half the level of a few years ago.

“The relocation of this assembly program to Mirabel is excellent news for the economic health of our region,” Christine St-Pierre, Canada’s minister of International Relations, said. “Since 1983, Bell Helicopter Textron Canada has contributed to the region’s economic growth and has been one of the most important employers in the Laurentides. I am thinking especially of all the workers who will now have secure jobs for the next few years.”

Originally destined for Louisiana, the government of Canada will adjust certain loan conditions with the aerospace company in exchange for the assembly program’s relocation north of the border. Along with the assembly work, Bell Helicopter will also carry out flight testing, certification and the final assembly of its next commercial model in Mirabel, as well as relocate the manufacture of some components of three of its other helicopters to Quebec.

“The relocation of these programs will enable the company to optimize its manufacturing footprint across multiple sites, while maximizing the core capabilities of each facility,” Mitch Snyder, the company’s president and CEO, said. “Mirabel is a vital part of Bell Helicopter’s long term growth strategy and this move confirms our commitment to our Mirabel workforce and infrastructure.”

To pave way for its Canadian relocation, the company is shuffling production in the U.S. The Lafayette, Louisiana site will instead perform assembly work for a number of projects currently based in Texas and Alabama.

The addition of the 505 program will add a fourth aircraft model to Bell Helicopter’s Mirabel division’s current workload. The facility produces the single engine 407, dual engine 429, as well as the larger 13-passenger 412.