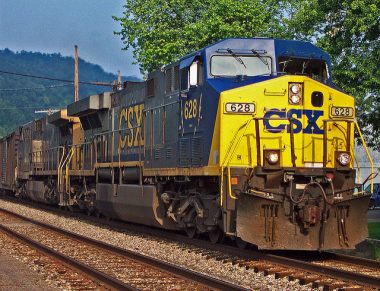 The two CSX workers were investigating a problem with one of the cargo train’s wheels. PHOTO: Don O’Brien/Flickr

WASHINGTON—Two conductors who got out of their freight train to follow up an alert that there was a problem with its wheels were struck and killed by a passenger train near Washington’s Union Station June 27.

The CSX employees were responding Tuesday night after one of the detectors that are placed along the tracks about every 25 miles (40 kilometres) identified an abnormality, National Transportation Safety Board member Earl Weener said Wednesday at a news conference.

He could not say if the operator of the Amtrak train saw the CSX employees before hitting them but said that’s being investigated. He said there were “few definitive facts at this early stage.”

The CSX employees were struck by an Amtrak train travelling from Boston and New York as it approached Washington’s Union Station. Amtrak says none of the train’s passengers or crew was injured in the accident.

CSX said in a statement that the names of the employees were being withheld for their families’ privacy.

The area where the employees were struck has two tracks that belong to CSX and two that belong to Amtrak, Weener said. Investigators will be looking at communication between CSX and Amtrak.