Pressure on Bombardier builds as CPPIB pulls support for Beaudoin 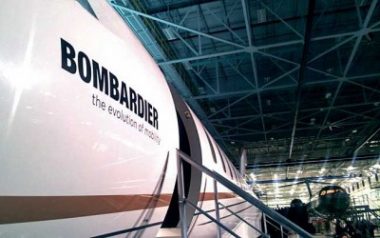 The CPPIB, which manages Canada’s largest retirement fund, is withholding its vote for Pierre Beaudoin and two other director nominees recommended by the board of the Montreal-based firm.

It’s also voting against Bombardier’s executive compensation proposal, according to a tally posted on the CPPIB website as part of its routine disclosure of its voting intentions.

The vote is only an advisory to Bombardier’s board—shareholders can’t vote against board nominees but they are able to formally withhold votes to express their displeasure.

The CPPIB’s vote—while not enough by itself to sway the outcome at Bombardier’s annual meeting on Thursday—follows an outpouring of anger that included protests outside the company’s Montreal headquarters over pay hikes for Beaudoin and other senior executives.

That came after the company received assistance from the federal and Quebec governments totalling nearly US$2 billion over the past year.

CPPIB didn’t comment on the website about its reasons for its votes but spokesman Dan Madge said in an email that they were based on the fund manager’s published policies.

According to filings compiled by Thomson Reuters, CPPIB had nearly 8.3 million Bombardier shares as of March 31, less than half a per cent of the voting rights at Bombardier.

The company has said Beaudoin will continue to stand for re-election, but would not comment until the matter is discussed at the annual meeting.

Ottawa gave the company a C$372.5-million loan in February for research and development with the goal of preserving jobs. The announcement came nearly two months before Bombardier disclosed its increased compensation plan.

Federal Economic Development Minister Navdeep Bains said Tuesday that the government won’t get involved in the debate between Bombardier and its shareholders because it doesn’t own shares in the company.