The embattled Beaudoin, who was reviled for trying to increase executive pay at Bombardier, will step down on June 30 but remain non-executive chairman of the board of directors 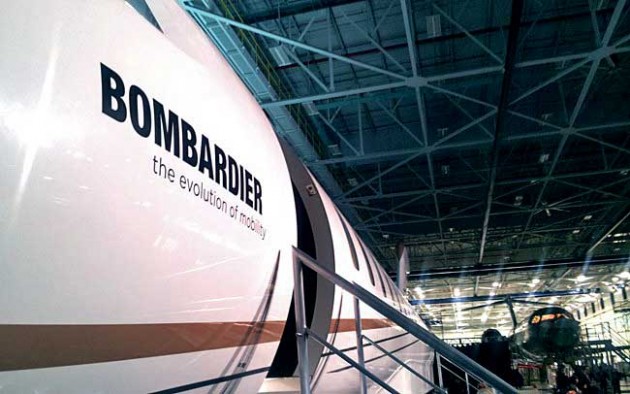 DORVAL, Que.—Pierre Beaudoin, the scion of the family that controls Bombardier, is relinquishing his role as executive chairman, the plane and train maker said May 11 after he became a focal point of public protests and shareholder frustration.

Beaudoin will step down from the position as of June 30 but remain non-executive chairman of the board of directors, Bombardier said. Alain Bellemare, who replaced Beaudoin as CEO in 2015, will remain in place as chief executive officer.

“This change reflects the very successful transition of Bombardier’s executive leadership to Alain over the past two years,” Beaudoin said in a statement.

“As chairman I look forward to working with the board of directors to provide continuing support to Alain and the leadership team. The company is firmly on the right path, with a very strong leadership team now in place to execute its turnaround plan and return Bombardier to long-term, sustainable growth.”

The change, announced hours before Bombardier’s annual meeting where it was expected to receive board approval, followed a building torrent of shareholder dissatisfaction over the company’s leadership at the executive level.

Five of Canada’s largest pension fund managers along with several large American institutional investors said prior to the meeting that they didn’t support the re-election of Beaudoin, whose family controls the company through multiple-voting shares. They also opposed Bombardier’s executive compensation plan and withdrew support for several director nominees.

The shareholder vote is only advisory and non-binding, but can be used to send a powerful signal. The founding family, which includes Beaudoin, controls 53 per cent of votes despite owning only 13 per cent of outstanding shares.

Bombardier had proposed to award Beaudoin and its top five executives compensation hikes of nearly 50 per cent. Beaudoin later renounced the increases and other executives postponed the compensation plan by a year until 2020 after an outpouring of anger that included protests outside the company’s Montreal headquarters.

That came after the company received assistance from the federal and Quebec governments of more than US$1 billion over the past year.

The announcement Thursday coincided with the release of first-quarter results that showed revenue was down nine per cent to US$3.58 billion for the three-month period ending March 31. Losses were US$31 million or two cents per share, down from US$138 million or seven cents per share.

“We feel very good about where we are,” Bellemare told analysts during a conference call.

He warned, however, that an anti-dumping complaint from Boeing alleging Bombardier has sold its CSeries passenger jet in the U.S. below cost could have ramifications for the American and Canadian economies. Bombardier has said the company complies with the laws and regulations in countries where it operates.

“Much of the content on the CSeries is sourced from companies and suppliers in the U.S., making Boeing’s position a direct threat to the high-scale, well-paying jobs in the U.S. and in Canada,” he said.