President and CEO of Honda Canada, Jerry Chenkin, to retire

Chenkin served as president and CEO from 2013 to present, and oversaw $1.3 billion in manufacturing investments 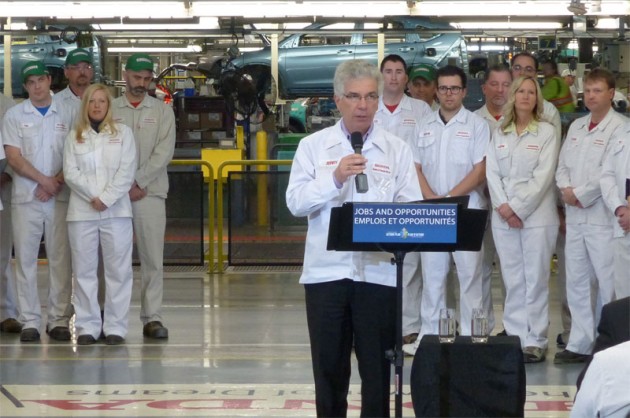 TORONTO—President and CEO of Honda Canada, Jerry Chenkin, today announced his intent to retire. Chenkin will remain in his role until Mar. 31, 2017, at which point, Dave Gardner will assume responsibility for leading the company and its various divisions.

Chenkin began his career in Honda’s accounting department in 1975, after emigrating to Canada from London, U.K.

In 2013, Chenkin was named president and CEO.

Over the past four years, Honda Canada has established record sales levels in its automobile and power equipment businesses.

“I feel very fortunate to have spent my entire career at Honda, and I will look back on my time as a rewarding experience filled with many memories and lasting relationships,” said Chenkin.

Dave Gardner, currently senior VP and Operations and Risk Management officer, will succeed Chenkin as President and CEO. Gardner joined Honda in February, 1989 and has held many roles within the company, including both zone and national responsibilities.

“Jerry has expertly led this company, and I look forward to continuing with the work he started. We have always held true to our core philosophy—to be a company that Canadians want to exist—and my goal is to ensure we remain on that path,” said Gardner.