GE to phase out CFL bulbs, focus on LEDs 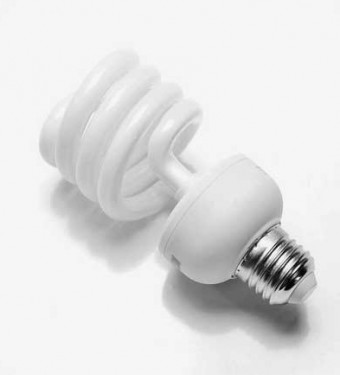 CFLs experienced a brief moment in the sun, making up 30 per cent of U.S. bulb sales in 2007 before declining to just 15 per cent today. PHOTO: Mk2010, via Wikimedia Commons

FAIRFIELD, Conn.—With their harsh white light beloved to few, it seems unlikely too many consumers will be raging against the dying of the compact fluorescent lamp.

After a brief moment of prominence on the lighting circuit, CFLs are poised to fade out.

U.S. industrial conglomerate GE has announced it will begin phasing out production of CFLs in favour of light emitting diode lamps. The shift allows GE to concentrate on a single energy-saving technology—the one it sees as superior for its greater efficiency, longevity and similarity to “warm” incandescent light.

“These LED lightbulbs are starting to replicate what the electrical filament has done for over 100 years—providing that look and warm ambience that people are used to,” GE Lighting COO, John Strainic, said. “The time for LED is now.”

With energy-saving lighting restrictions forthcoming across the U.S., GE anticipates LEDs will be in use in half of U.S. light sockets by 2020. The company cited the fast-falling cost of LEDs as a reason for the increasing pace of consumer adoption and the corporate shift.

And while it bids adieu to CFLs, the industrial conglomerate expects LEDs to reach heights their gas-filled counterparts never did.

“We are seeing a complete transformation of the lighting business as we move to intelligent-lighting solutions for cities, offices, hospitals and schools,” Strainic said. “LED is a platform that can replace every other light source that we have developed over 130 years.”

GE did not detail a precise timeline for the phase-out of CFL bulbs, but said it would work with its retail partners while making the transition.