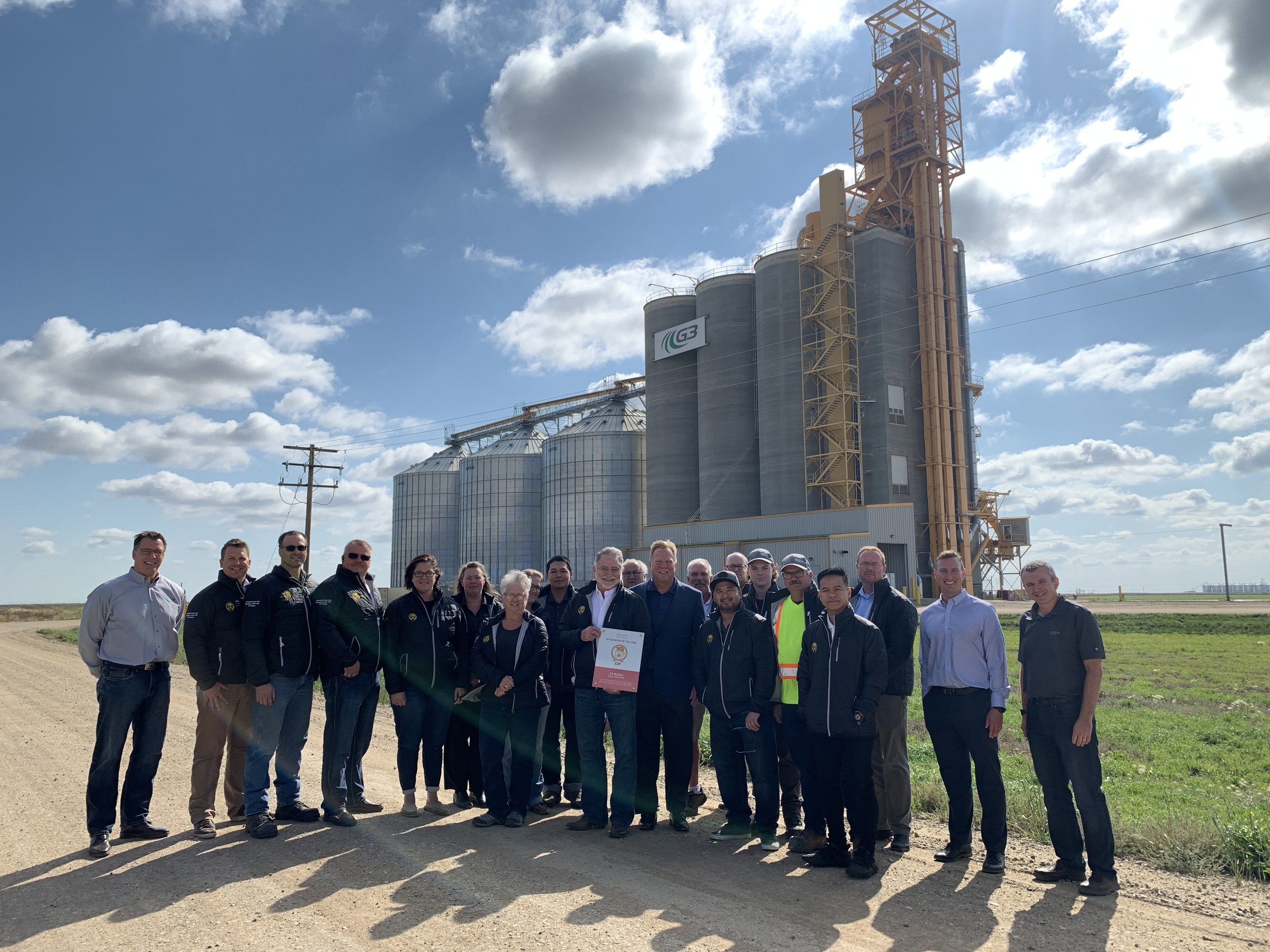 The transcontinental railway presents this award annually to the grain elevator that achieves high volumes from a single loading point while consistently demonstrating efficient railcar loading and a strong commitment to safety.

“CP is proud to recognize G3 Pasqua with Elevator of the Year for the 2018-2019 crop year,” said Joan Hardy, CP Vice-President Sales and Marketing Grain and Fertilizers. “Their participation in CP’s Dedicated Train Program, 8,500-foot model capable track, and consistent and safe loading won them this year’s award. I congratulate G3 and the staff at the Pasqua elevator for their hard work and dedication to safety.”

“G3 is setting new standards for fast, safe movement of grain across our network,” said Don Chapman, G3 CEO. “We’re very proud of our team at G3 Pasqua for their achievement, and grateful to CP for recognizing it with this award.”

CP presented the inaugural Elevator of the Year award in April 2019 to Southwest Terminal near Gull Lake, Sask., for the 2018 calendar year. CP has since modified the award presentation to align with the crop year, which runs from Aug. 1 – July 31.