Jody Wilson-Raybould says addressing issues that affect all Canadians, such as climate change, will require “colouring outside party lines" 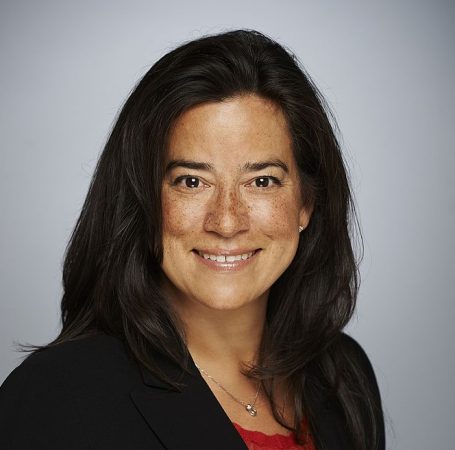 VANCOUVER – Political trailblazer Jody Wilson-Raybould committed to pursue truth and change through non-partisan co-operation at a campaign rally in Vancouver tonight – a message that was backed by a guest appearance by Green Leader Elizabeth May.

Wilson-Raybould is running as an Independent in one of the most-watched ridings of Vancouver – Granville after leaving the Liberal party over the SNC Lavallin affair.

She told the crowd that addressing issues that affect all Canadians, such as climate change, will require “colouring outside party lines.”

May told reporters after the rally that Louise Boutin, a real estate agent who is running for the Greens in the riding, was aware of her plan to support Raybould-Wilson.

Also running in the riding is climate activist Yvonne Hanson for the NDP, former Ottawa political staffer Zach Segal for the Conservatives, and Naomi Chocyk, a one-time constituency staffer for Wilson-Raybould, for the People’s Party of Canada.

Wilson-Raybould, who was once a B.C. regional chief of the Assembly of First Nations, quickly became one of the stars Prime Minister Justin Trudeau and his team promoted heavily in their 2015 bid for power.

But Wilson-Raybould precipitated a crisis for Trudeau’s government last winter with allegations she had been inappropriately pressured by the prime minister, his office, other ministers and bureaucrats to end the criminal prosecution of Montreal engineering giant SNC-Lavalin.

Wilson-Raybould quit Trudeau’s cabinet over the affair, followed by cabinet ally Jane Philpott. Trudeau eventually kicked both women out of the Liberal caucus and they are now seeking re-election as Independent candidates.

Philpott, who also spoke at the rally, told the crowd that independent voices can make a difference in the House of Commons.

“Do not ever doubt what one person can do,” Philpott said. “We will not be silent and we will not stand down.”