Bob White was elected the CAW's founding president in 1985, and again in 1988 and 1991, and later served as national president of the Canadian Labour Congress 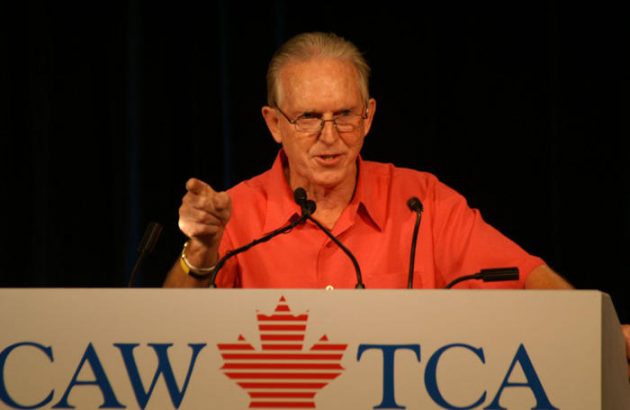 TORONTO—Canadian labour leader Bob White, who was instrumental in creating the Canadian Auto Workers union, has died at the age of 81.

White, who passed away Sunday in Kincardine, Ont., led the movement that saw the Canadian branch of the United Auto Workers break away from its American parent in the mid-1980s to establish the CAW.

His death was announced by Unifor, which was created in 2013 from the combination of the CAW and the Communications, Energy and Paperworkers union. Unifor said he “passed away peacefully” without specifying the cause of his death.

“Bob was a true maverick in the Canadian labour movement,” Unifor president Jerry Dias said in a statement.

“The CAW was born as a result of his determination and leadership, it is thanks to Bob that we have grown into the strong national union that we are today.”

“Bob White’s legacy is a stronger and more equitable Canada, and a labour movement that stands up for Canadian workers.”

White was elected the CAW’s founding president in 1985, and again in 1988 and 1991—during a period of time when the union was at the height of its power, representing most of the Canadian employees of the big U.S. automakers.

After leaving the CAW, White was national president of the Canadian Labour Congress, which represents most of the country’s biggest unions.