Ray Tanguay, the former head of Toyota's Canadian operations, is a special adviser tasked with figuring out how to attract more investment to Ontario's automotive industry 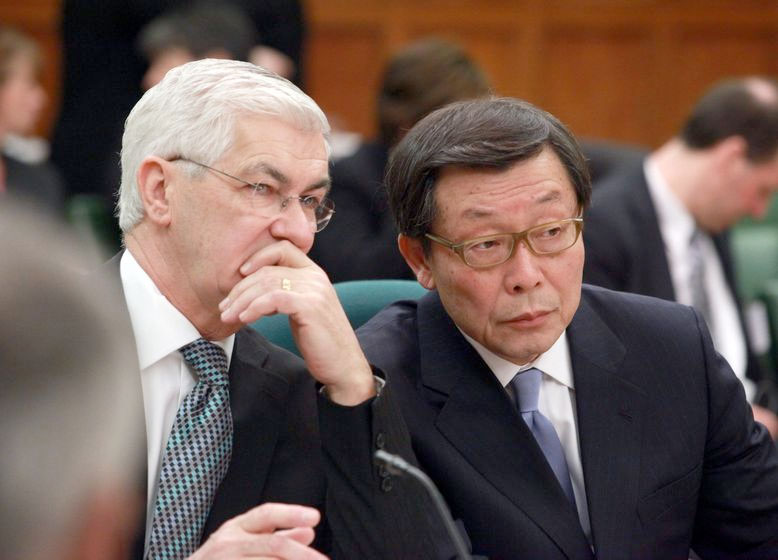 TORONTO—Ottawa needs to boost incentives and do a better job of touting the benefits of doing business in Canada if it expects to attract more global investment to the auto sector, a special adviser to the federal and Ontario governments said Feb. 10.

“If we can’t market ourselves properly, nobody is going to come,” Ray Tanguay told reporters in Toronto just ahead of the Canadian International AutoShow.

The federal automotive innovation fund, a pool of money used to attract more investment, should be changed so that it provides grants instead of loans, Tanguay said.

The automotive adviser also said he is hopeful that the upcoming federal budget will include funding for an investment office for auto companies looking to spend money in Canada.

The investment office proposed by Tanguay would serve as a one-stop concierge service to take care of investor needs.

“I know from my own experience, when I did site selections, that was very important,” said Tanguay, former head of Toyota’s Canadian operations.

A spokeswoman for Innovation, Science and Economic Development Canada said it was too early to comment on potential changes to the automotive innovation fund, but noted the ministry has been meeting with industry stakeholders over the past few months.

“We’ve heard both about Canada’s competitive strengths and areas where Canada can enhance its competitiveness,” Stefanie Power said in an email.

“The AIG has been an important part of that dialogue. Ultimately, our objective is to ensure we establish a set of policy tools that positions Canada to best compete for strategic investments and we will look carefully at all suggestions that help us achieve that.”

Tanguay was tapped last June by the Ontario and federal governments to serve as a special adviser tasked with figuring out how to attract more investment to Ontario’s beleaguered automotive industry.

The auto sector has been steadily losing production to Mexico and the southern United States, where labour is cheaper.

However, Tanguay noted that Canada has a number of advantages over its southern competitors.

“The value proposition that we have is more than just lower labour costs,” Tanguay said. “We have other things to offer.”

For example, the corporate tax rate for federally incorporated companies is lower in Canada than it is in the U.S., Tanguay said.

Canada also has a highly educated workforce, and the recent slide in the value of the loonie has made labour costs fairly competitive.

In addition, the public health-care system means that health benefits for workers are cheaper in Canada than they are south of the border, Tanguay said.

The Canadian auto sector must continue to invest in technology in order to boost its competitiveness, for example by upgrading manufacturing facilities to automate certain processes.

“If we have a high labour cost, then we need to look at other ways that we can be competitive,” he said. “People say that in Mexico you can have labour for between $5 and $8 an hour. I say, a robot is only $2 an hour.”