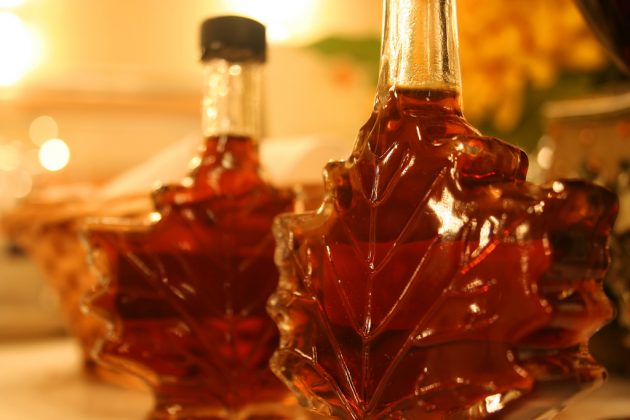 New Brunswick’s maple syrup industry is the third largest in the world, behind Quebec and Vermont.
PHOTO: Ian Mackenzie via Flickr

TJ Harvey, member of Parliament for Tobique – Mactaquac, took part in the celebrations at the Knowlesville N.B. facility, and announced federal government support for South Ridge Maple, as well as four other maple syrup operations in the region.

The Canadian government will be providing repayable contributions of more than $1.4 million for five projects through Atlantic Canada Opportunities Agency’s Business Development Program.

Three other projects will enable RDB Sugary and MCC Maple, both located in Johnville, as well as North Side Maple Grove in Drummond, to expand their operations. These projects consist mainly of adding new taps and installing tubular and other specialized maple syrup processing equipment.

“Today’s funding is helping maple syrup producers in our province adopt new technologies that will make them more productive, more globally competitive and world leaders in the industry,” said Harvey.

New Brunswick is the third largest maple syrup producer in the world, producing 1.8 million kilograms of syrup every year and creating 2,300 jobs during the sugar season.