Big tech giants have become not just omnipresent but omnipowerful. Will their might be reined in in 2021? 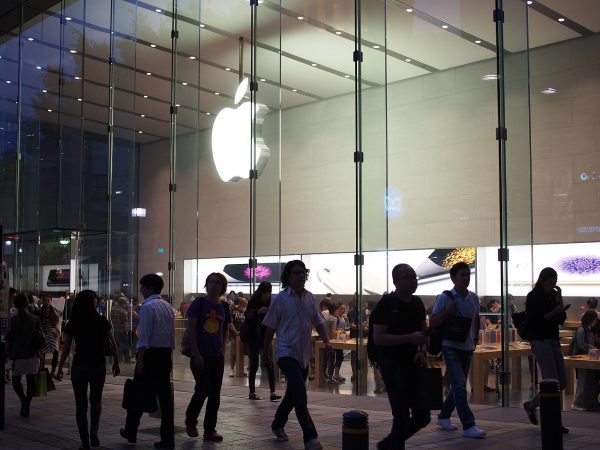 The COVID-19 pandemic has made it clearer than ever that we are at risk of losing control of our economies.

Our institutions have increasingly struggled to meet the challenges of economic development before the crisis, and yet throughout the pandemic we’ve seen surging stock market valuations of tech giants — including staggering CEO salaries — the inability of anti-trust regulators, particularly in the United States, to effectively regulate markets and the rise of China’s tech companies.

Tech giants are not just surviving the pandemic; they’re thriving.

What’s known as the superstar economy is one with a few hyper-productive, gigantic and highly profitable companies.

Superstar firms such as Walmart, Amazon or Facebook use new technologies to redefine markets, and benefit from what are known as network effects — simply put, the value of a product is enhanced the more people use it. Facebook is an example — people are more likely to join Facebook if their friends and loved ones are on it.

Initially, superstar companies bring new ways of delivering value to customers, but as they grow, they become powerful monopolies. Our institutions have struggled with how to deal with these relatively new firms and, for example, have allowed many mergers and acquisitions that eroded competition in their respective markets. Prominent examples include the acquisition of Instagram and WhatsApp by Facebook.

Superstar firms have also contributed to the shift in wealth distribution from labour to capital. Wealth was once commonly built through labour, rather than via capital that is often inherited or otherwise privileged.

Many superstar firms also have the balance sheets of mid-sized economies and hold more information about us than any country. Take Facebook. Mark Zuckerberg probably knows more about you than your government. However, you have no way of finding out because data ownership is at best a complicated issue, and retaining your data would require you to have next to no online footprint.

That citizens don’t have access to data about themselves is problematic. Clearly, the only person who should own your data is you. European data privacy laws are about to become even stricter, but in North America, the erosion began in the aftermath of the Sept. 11, 2001, terrorist attacks that resulted in laws that dramatically eroded our privacy. Those laws have provided firms with the right to use the abundant data they collect.

Google is an example. One of the reasons Google is the gold standard of search engines is that it uses advanced machine learning algorithms. These algorithms use our data to learn what we want to see when we’re online.

Any successful competitor to Google would need to outperform years of learning advantage. That makes competition at best very challenging.

Primarily, we have seen two attempts to address the sheer might of tech giants and their lack of competitors.

In China, superstar firms have been largely nationalized. The state is increasingly involved in the most powerful companies in the country. Chinese regulators recently quashed the initial public offering of a financial company, Ant Group, in a high-profile example of government involvement.

In such a regime, the state is set up to have unlimited access to your data, so the principles upon which western democracies were built do not apply.

Second, in the western world, we traditionally address issues of market domination with antitrust regulations. Antitrust laws have started to hit the superstar economy hard in Europe. Google alone had to pay fines of US$9.3 billion in the last three years.

However, anti-trust measures have so far not been very effective given there’s little room for action — it’s either none at all or breaking up companies, which authorities are often hesitant to do.

Examples of such limited success from the past are Standard Oil and, later, AT&T. Standard Oil served America as a monopoly before it was broken up into 34 smaller companies in 1911. Many of these companies are known today under the names Chevron, ExxonMobil, BP and Marathon. Decades later, AT&T was also broken apart into seven smaller, regional companies.

The west also seems ill-equipped to regulate new markets that have emerged outside the traditional boundaries of an industry, including the highly digitized sectors that were fuelled by the growth of the internet over the past few decades.

Anti-trust regulations for tech companies in the post-pandemic era need to change. Restricting networked companies to expand beyond their core business, and preventing mergers and acquisitions that inhibit the self-regulating character of markets, could increase the competitive forces in the market.

For example, Amazon as a platform for connecting buyers and sellers has transformed how we buy things. However, there is an obvious conflict of interest and a threat to competition when Amazon offers their own products on their own platform. Microsoft, as a provider of the most popular operating system for computers in the world, is a threat to competitors by offering its own browser.

There is no harm in restricting superstar firms to their core businesses, but a lot of harm when we don’t.

Regulators need to better understand the innovative forces in industries and markets to prevent anti-competitive behaviour rather than looking at traditional measures like market share. More competitive markets would offer better outcomes for consumers.

Better anti-trust measures also require applying national data security laws. In practice, this would mean that all online platforms need to fulfil the national regulations in the markets where they’re doing business as opposed to only in their home countries. These ideas are currently being advanced in Europe and will likely be a game-changer for tech giants.

A localized market approach could also reduce the effect of data breaches. Competition would become healthier as well, because superstar firms couldn’t impose the rules of the game in the same way anymore.

Capital-rich investors will certainly enjoy reaping the benefits from accommodating the Googles and Amazons of the world but the average customer likely won’t.