Some tech giants sign onto Canada’s declaration on electoral integrity

Experts agreed that government regulation is required, but the declaration is non-binding and voluntary 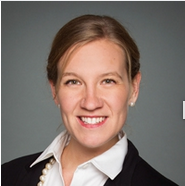 OTTAWA – Facebook, Google and Microsoft have signed onto a declaration promising a dozen initiatives to protect the integrity of the Canadian election this fall – including working to remove phoney social-media accounts and fake content.

But other tech giants, including Twitter, have not signed on.

And experts, meanwhile, are warning that such efforts to address disinformation and online attempts to sow dissension and manipulate election outcomes are focusing merely on symptoms of a much larger problem: the very business model that underpins the tech giants.

The “Canada Declaration on Electoral Integrity Online” was announced Monday by Democratic Institutions Minister Karina Gould, just hours before an international committee of politicians began a three-day meeting in Ottawa aimed at figuring out how best to protect citizens’ privacy and democratic fairness in the age of social media.

During the opening session of the grand committee on big data and privacy, experts painted a grim, almost apocalyptic, picture of democracy under assault.

Ben Scott, who worked on the digital campaigns of U.S. presidential candidates Barack Obama and Hillary Clinton, described the tech giants’ business model this way: “Step 1: track everything that billions of people do online and put it in a data base. Number 2: sort that data and group people into target audiences and then sell access to their attention, engineering your entire information marketplace to optimize … addictiveness and time spent on the platform because the more time they spend on the platform, the more ads they see and the more money (the platforms) make,” he told the committee.

“The entire communications environment in which we live is now tailored by machine intelligence to hold our attention. This is not a recipe for truth and justice. … Conspiracy and hate have become the organizing themes of social media and that is a space that is easily exploited by propagandists peddling bigotry, social division and hatred to the disillusioned.”

Shosana Zuboff, author of “The Age of Surveillance Capitalism,” said the problem extends well beyond the tech giants. It started with Google and Facebook, became the “default model” of the entire tech sector and “by now this is a virus that has infected every economic sector,” she told the committee.

The various experts who testified Monday agreed that government regulation is required, but the declaration announced by Gould is non-binding and voluntary.

“I wish to stress that the Wild-West online era cannot continue,” she told the House of Commons. “Inaction is not an option. Disinformation must not stand.”

She appealed to other digital platforms “who are operating in Canada and who care about protecting our election to join Microsoft and Facebook and publicly commit to meeting these expectations” laid out in the declaration.

She did not mention Google, but the company later said it had informed the minister’s office prior to her statement that it was supporting the declaration.

The NDP’s new democratic-reform critic, Daniel Blaikie, dismissed Gould’s new declaration as meaningless “lip service” because it does not compel any social-media company to comply with Canada’s privacy laws or do anything else to protect against foreign interference, disinformation and other cyberthreats during the coming election campaign.

Real protection would mean “taking a regulatory approach rather than going cap in hand to social media giants and asking them to pretty-please change the way they do things,” Blaikie said.

Gould later said regulation will inevitably come if tech giants don’t follow through on the commitments in the declaration.

“If that’s not the case, then following the election they can probably count on the fact that there’s going to be regulation in place,” she said outside the Commons.

The grand committee is to grill representatives from a host of internet giants – Facebook, Google, Twitter, Microsoft, Amazon and Mozilla – on what they’re doing, or not doing, to prevent abuse. Many politicians from all three major parties in Canada have come to the conclusion that government needs to regulate the tech giants because they can’t be relied upon to regulate themselves.

But by signing onto Gould’s declaration, some of the largest internet companies at least signalled a willingness to voluntarily tackle some of the problems that politicians fear threaten democracies around the globe.

“Joining the Canada Declaration on Electoral Integrity reflects how deeply committed we are to playing a meaningful role in promoting a healthy and resilient democracy,” said Kevin Chan, head of public policy for Facebook Canada.

“We support principles aimed at affording all Canadians access to technology, control over their data and peace of mind when it comes to their online privacy and security,” said Colin McKay, Google Canada’s head of public policy.

Among other things, Facebook, Google and Microsoft commit to:

– Protect against cyberthreats and misrepresentation of candidates, parties and election officials, and ensure privacy protection.

– Ensure transparency for regulated political advertising, including helping users understand when and why they’ve been targeted by an ad.

– Assist users to better understand the sources behind content they see; block and remove malicious bots.

For Facebook, Chan said that will mean going “over and above” the recently legislated requirement that digital platforms create an online registry for political ads. Facebook will not just identify the source of each ad, it will also provide information on how much was spent on it and the target audience. It will also use artificial intelligence to try to seek out political ads that do not comply with the law.

Politicians initially embraced social media as an innovative and inexpensive way to engage and communicate with more voters. But their enthusiasm has waned since the 2016 U.S. presidential election campaign, which was bedevilled by disinformation, fake social-media accounts and hacked emails aimed at sowing dissension and manipulating the outcome _ much of it engineered by Russia.

Their trust in social media evaporated following last year’s Cambridge Analytica scandal, in which it was revealed that the personal data of some 87 million Facebook users had been improperly shared with the political consultancy firm for use in the 2016 U.S. campaign and Britain’s Brexit referendum.

The international grand committee was formed after that scandal and held its first meetings in London last year. Politicians from Canada, the United Kingdom, Germany, France, Argentina, Chile, Mexico, Ecuador, Morocco, Estonia, Ireland and Singapore are taking part in the second set of meetings in Ottawa this week.