A fusion power plant would capture the escaping particles from nuclei and use their energy to generate electricity. 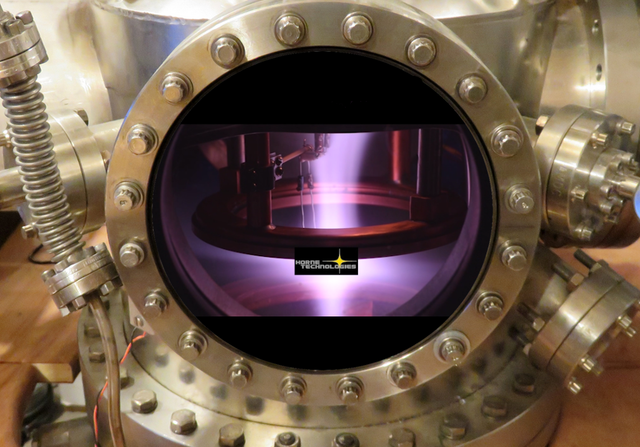 Scientists at a laboratory in England have shattered the record for the amount of energy produced during a controlled, sustained fusion reaction. The production of 59 megajoules of energy over five seconds at the Joint European Torus – or JET – experiment in England has been called “a breakthrough” by some news outlets and caused quite a lot of excitement among physicists. But a common line regarding fusion electricity production is that it is “always 20 years away.”

We are a nuclear physicist and a nuclear engineer who study how to develop controlled nuclear fusion for the purpose of generating electricity.

The JET result demonstrates remarkable advancements in the understanding of the physics of fusion. But just as importantly, it shows that the new materials used to construct the inner walls of the fusion reactor worked as intended. The fact that the new wall construction performed as well as it did is what separates these results from previous milestones and elevates magnetic fusion from a dream toward a reality.

Nuclear fusion is the merging of two atomic nuclei into one compound nucleus. This nucleus then breaks apart and releases energy in the form of new atoms and particles that speed away from the reaction. A fusion power plant would capture the escaping particles and use their energy to generate electricity.

There are a few different ways to safely control fusion on Earth. Our research focuses on the approach taken by JET – using powerful magnetic fields to confine atoms until they are heated to a high enough temperature for them to fuse.

For a fusion reaction to be successful, the fuel atoms must first become so hot that the electrons break free from the nuclei. This creates plasma – a collection of positive ions and electrons. You then need to keep heating that plasma until it reaches a temperature over 200 million degrees Fahrenheit (100 million Celsius). This plasma must then be kept in a confined space at high densities for a long enough period of time for the fuel atoms to collide into each other and fuse together.

To control fusion on Earth, researchers developed donut-shaped devices – called tokamaks – which use magnetic fields to contain the plasma. Magnetic field lines wrapping around the inside of the donut act like train tracks that the ions and electrons follow. By injecting energy into the plasma and heating it up, it is possible to accelerate the fuel particles to such high speeds that when they collide, instead of bouncing off each other, the fuel nuclei fuse together. When this happens, they release energy, primarily in the form of fast-moving neutrons.

During the fusion process, fuel particles gradually drift away from the hot, dense core and eventually collide with the inner wall of the fusion vessel. To prevent the walls from degrading due to these collisions – which in turn also contaminates the fusion fuel – reactors are built so that they channel the wayward particles toward a heavily armored chamber called the divertor. This pumps out the diverted particles and removes any excess heat to protect the tokamak.

The walls are important

A major limitation of past reactors has been the fact that divertors can’t survive the constant particle bombardment for more than a few seconds. To make fusion power work commercially, engineers need to build a tokamak vessel that will survive for years of use under the conditions necessary for fusion.

The divertor wall is the first consideration. Though the fuel particles are much cooler when they reach the divertor, they still have enough energy to knock atoms loose from the wall material of the divertor when they collide with it. Previously, JET’s divertor had a wall made of graphite, but graphite absorbs and traps too much of the fuel for practical use.

Around 2011, engineers at JET upgraded the divertor and inner vessel walls to tungsten. Tungsten was chosen in part because it has the highest melting point of any metal – an extremely important trait when the divertor is likely to experience heat loads nearly 10 times higher than the nose cone of a space shuttle reentering the Earth’s atmosphere. The inner vessel wall of the tokamak was upgraded from graphite to beryllium. Beryllium has excellent thermal and mechanical properties for a fusion reactor – it absorbs less fuel than graphite but can still withstand the high temperatures.

The energy JET produced was what made the headlines, but we’d argue it is in fact the use of the new wall materials which make the experiment truly impressive because future devices will need these more robust walls to operate at high power for even longer periods of time. JET is a successful proof of concept for how to build the next generation of fusion reactors.

The next fusion reactors

The JET tokamak is the largest and most advanced magnetic fusion reactor currently operating. But the next generation of reactors is already in the works, most notably the ITER experiment, set to begin operations in 2027. ITER – which is Latin for “the way” – is under construction in France and funded and directed by an international organization that includes the U.S.

ITER is going to put to use many of the material advances JET showed to be viable. But there are also some key differences. First, ITER is massive. The fusion chamber is 37 feet (11.4 meters) tall and 63 feet (19.4 meters) around – more than eight times larger than JET. In addition, ITER will utilize superconducting magnets capable of producing stronger magnetic fields for longer periods of time compared to JET’s magnets. With these upgrades, ITER is expected to smash JET’s fusion records – both for energy output and how long the reaction will run.

JET’s recent record has shown that years of research in plasma physics and materials science have paid off and brought scientists to the doorstep of harnessing fusion for power generation. ITER will provide an enormous leap forward toward the goal of industrial scale fusion power plants.