The industry’s biggest “fan” could also turn out to be a saviour for vineyards battling climate change. 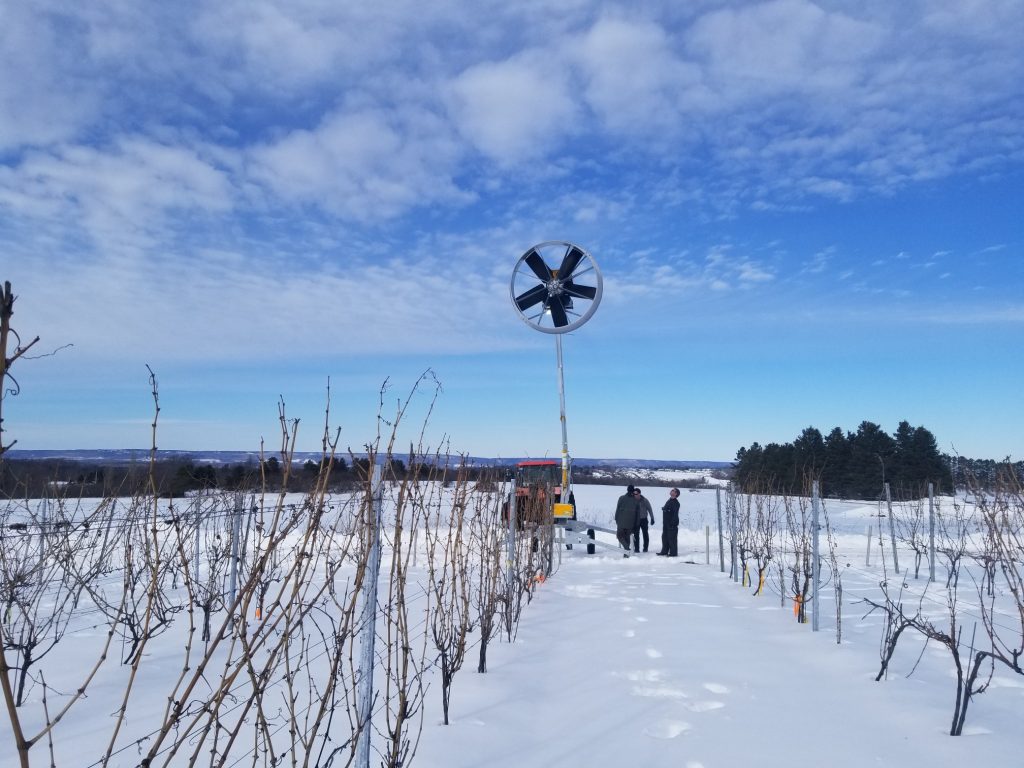 Winemaking in Nova Scotia has enjoyed a rich 410-year-old history; in the last decade, the industry has exploded, totalling 19 wineries producing just under 1.9 million litres of wine per year, an economic impact of more than $218 million. While local wineries have grown accustomed to fluctuating weather in the Maritimes, wine grape growers have been affected by several unexpected and damaging cold-weather events in the last few years. Now, the industry’s biggest “fan” could also turn out to be a saviour for vineyards battling climate change.

In 2016, Agriculture and Agri-Food Canada’s (AAFC’s) Kentville Research and Development Centre (KRDC) planted a vineyard – a project largely spurred by a growing public interest in locally produced wines. The vineyard, which is the site of several research trials aimed at better understanding how to grow wine grapes in Nova Scotia, began as a visual spectacle that drew the attention of many. While the field initially seemed to promise success, its buds and leaves fell victim to cold temperatures.

The cold devastated the vineyard in two separate events, killing most crops and thwarting research efforts. Fortunately, scientists at KRDC are working on a solution, and the recent purchase of a portable frost fan has the potential to both combat cold temperatures and extend the growing season of Nova Scotian vineyards.