Countries now compete over everything from mineral resources to energy to microchips. 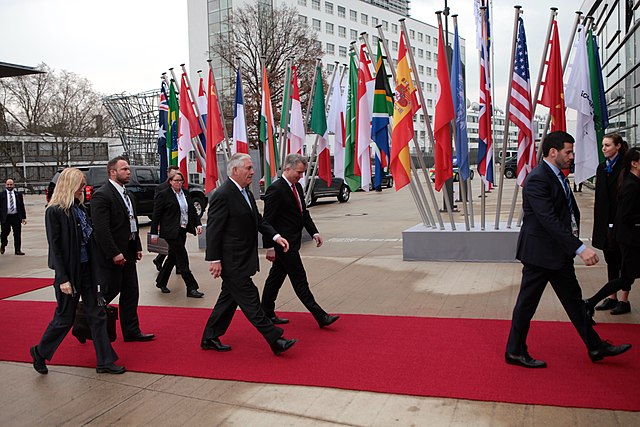 In his recent book, Values: Building a Better World for All, economist and former governor of the Bank of Canada and Bank of England Mark Carney argued that economic activity should be intentionally linked to the social and political outcomes it generates.

The premise is this: society’s problems of inequality, health and economic crises, and a deteriorating climate stem from a problem in how and what we, as humans, value. According to Carney, this problem can be solved by reimagining capitalism in a way that places human values at its core.

It’s a concept echoed by others. Recent work by economist Mariana Mazzucato offers similar sentiments. So, too, has the recent series of speeches given by Canada’s Deputy Prime Minister, Chrystia Freeland, that outline her vision for the world economy.

A central element to her vision is the idea of “friend-shoring” — deliberately crafting economic relationships with countries that share similar political and social values with Canada.

Business schools are following suit as well by emphasizing shared values in what they teach and research. Sustainable finance; the environmental, social and governance framework; corporate social responsibility; and purpose-driven corporations are now part of their core curriculum.

All of this is occurring at a time when global geopolitical tension is on the rise. War is raging in Eastern Europe. Countries now compete over everything from mineral resources to energy to microchips. Trade is becoming more regionalized and insular. Warnings emanate every day from academia and think tanks about the rise of the economic colossus of China and the political and military ambitions the country might harbour.

In response, the theme of shared values has emerged as a tool to overcome the bad geopolitical gambles Canada and other countries have made in the past — namely, the failed attempt at western integration.

At the end of the Cold War, western nations decided to try to integrate formerly Communist states and large emerging markets into the western-led economic system. Trade and investment barriers fell and global economic institutions gained membership and influence.

They hoped doing so would generate political benefits — a vested interest from those markets in preserving that system — and the adoption of political reforms necessary to compete successfully in it — namely openness, transparency and maybe, over time, a gradual move towards democracy.

That gamble didn’t pay off. Powerful emerging markets, particularly China and Russia, did not change their politics. Instead, they doubled-down, becoming even more politically centralized, domineering and suspicious of the West.

Meanwhile, the costs the West tolerated for decades — job losses, an eroding middle class, loss of domestic opportunity in favour of cheap imports — spawned a virulent nationalist and populist response that now threatens the domestic stability of many western countries.

Now, Canada and its western allies are reversing course and attempting to redefine what differentiates and unites western economies and societies through shared values. Is this a wise move? Generally speaking, yes. But there are caveats.

First, the emergence of war, populism and the hardening of authoritarianism have presented a series of rude wake-up calls for Canada and its allies. Geopolitics and enduring differences in national interests are real and need to be taken seriously.

Second, people need to be reminded that values exist, matter and, sometimes, will cause conflict with those who do not share them. This is a painful, but necessary reality. Lastly, the strategy of re-stating shared values can be a unifying thing for societies — something much needed in an age of political division.

The challenge is in the execution. Values are intrinsically divisive because not everyone shares them. If you are “for” those who share your values, you are, by implication, against those who do not. This makes the world more divided and potentially more dangerous.

The following suggestions will help policymakers utilizing the shared values strategy get the execution right.

First, if policymakers value markets, they should trust them. If a consumer buys a product based on criteria other than merit or price, then values are already built into their buying decision. Consumer values have shaped the direction of the markets for decades. Sustainable investing used to be fringe, but is now mainstream. Well-functioning open markets make countries wealthier. And wealthier countries make more sustainable, value-based economic choices.

Second, governments shouldn’t overemphasize the importance of value-sharing. Even though countries may not share values, they might still have common interests, such as stability and increasing economic prosperity. Co-operation on global issues — combating climate change and preventing nuclear proliferation, for example — is a necessity. Countries cannot shut out an adversary on economic issues and then hope to enlist their help on others.

Lastly, policymakers shouldn’t overplay the values card domestically. Getting domestic consensus on what supposed shared values are is a tricky thing. As domestic political polarization is growing, exacerbating domestic value divides through stringent value declarations could make the country weaker, not stronger. Stability and prosperity at home is the best foundation for extending values abroad.

Geopolitics is back, if indeed it ever left. Different value systems do shape economic activity and can play a key role in alleviating inequality while ensuring economic prosperity — if policymakers know when, and how, to use them effectively.