Rhetoric must be matched with serious action. The issues are too urgent for complacency. 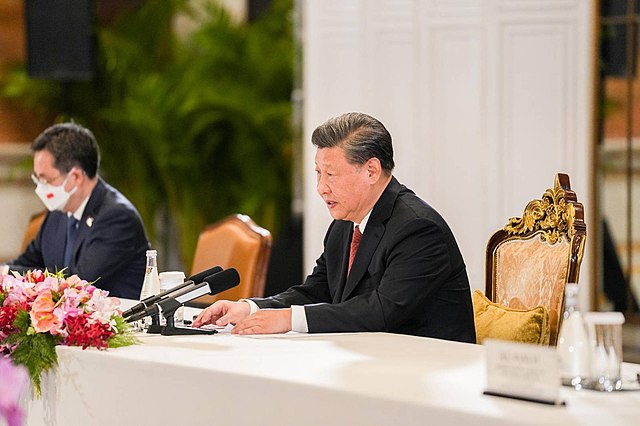 In April 2021, Conservative MP Kenny Chiu was so concerned about potential Chinese interference in Canada’s political system that he proposed a Foreign Influence Registry Act similar to those in the United States and Australia. The act requires anyone acting on behalf of foreign interests to be publicly identified.

Soon after, bots were mobilized and a disinformation campaign was waged against Chiu on Chinese social media platforms, including WeChat and Weibo, calling him “anti-China,” misrepresenting the legislation and playing a role in his loss in the September 2021 election.

Half of Chiu’s riding of Steveston-Richmond East in British Columbia’s Lower Mainland is comprised of Chinese-Canadians. His loss represented a big win for China using the very disinformation methods the MP had been flagging. It’s believed other federal candidates were also targeted.

The group allegedly targeted at least 11 candidates in both the Liberal and Conservative parties whose victory China wanted to secure. Beijing also allegedly placed staffers in certain MPs’ offices to influence policy.

A subsequent Global report identified a Toronto businessman who allegedly dispersed funds from China’s Toronto consulate through Canada-China associations and ultimately to election campaigns — strictly illegal in Canada under the Canada Elections Act.

The businessman is also being investigated for his potential role in supporting so-called “Chinese police stations” that were identified in Canada by an international human rights think tank called Safeguard Defenders.

These stations, identified so far in Toronto and Vancouver, allegedly house Chinese police agents who pressure selected individuals to return to China to stand trial for corruption, or join family members in indoctrination camps and prisons in the Xinjiang region of the country.

The Chinese Embassy says the stations simply issue driving and health cards to Chinese nationals. Investigations are ongoing, not just in Canada but also in 13 other countries where similar stations have been identified.

To his credit, Prime Minister Justin Trudeau raised his concerns about China’s interference in Canada in a face-to-face encounter with Xi Jinping at the recent G20 meeting in Bali.

Trudeau did not relay what Xi said in response, but the Chinese leader was angry enough about their discussion being reported by the media that he confronted the prime minister the next day, accusing him of “inappropriately” leaking details of the conversation to reporters.

“In Canada we believe in a free and frank and open dialogue, and we will continue to work constructively together. But there will be things that we disagree on.”

He’s to be commended for conveying that Canada will not stand for Chinese interference in Canadian political affairs. But what is the government doing now to hold Chinese individuals and organizations accountable? And what should it do?

The most immediate imperative is for the police to investigate the funding allegedly provided by the Chinese consulate in Toronto to the 11 candidates, charging any Canadian who has subverted the Canada Elections Act and expelling any consulate or embassy staff also implicated.

Security clearances of the people identified in MPs’ offices should also be verified immediately.

Second, Canadian authorities need to become much more sophisticated about tracking cyber attacks, social media bots and misinformation, and developing tactics to deal with them.

We could learn from Taiwan, which has faced these issues for years amid the “cognitive warfare” China has waged against it. Taiwan has a minister of digital affairs whose job includes ensuring the posting of accurate information via a public dashboard, as well as cyber-tracking experts whose experience would also benefit Canadian authorities.

Third, for those Canadians of Chinese, Uyghur and Tibetan descent as well as Falun Gong followers, there should be a single office created that allows them to report harassment and then co-ordinate with other forces as necessary regarding the appropriate investigation and legal action.

This isn’t a new proposal. The Canadian Coalition on Human Rights in China and similar associations have been calling for such an office for some time.

Fourth, the Foreign Influence Registry Act championed by former MP Chiu should be re-introduced, but this time by the government itself rather than an individual MP who may consequently be targeted with a Chinese misinformation campaign as he was. Bill S-237, now in the Senate, is a good first draft that will ensure transparency about the people who are acting on behalf of foreign interests in Canada.

Finally, the government should introduce comprehensive foreign interference legislation as the United Kingdom did earlier this year as part of its National Security Act.

It’s designed to disrupt and deter foreign interference and hold those responsible to account. It also increases the penalties under existing British election laws. In Canada, the maximum fine of $250,000 and maximum six months in jail for foreign interference may not be a sufficient deterrent to some.

RCMP national security sources are making clear that “incidents of CCP interference operations are increasing in scale, intensity and brazenness, and investigators and community sources are expressing alarm and fear for Canada’s institutions.”

The government must act on these serious challenges to Canada’s democracy.

In recent weeks, Trudeau and his senior cabinet ministers have demonstrated courage in standing up to China. But words aren’t enough.

Rhetoric must be matched with serious action. The issues are too urgent for complacency.