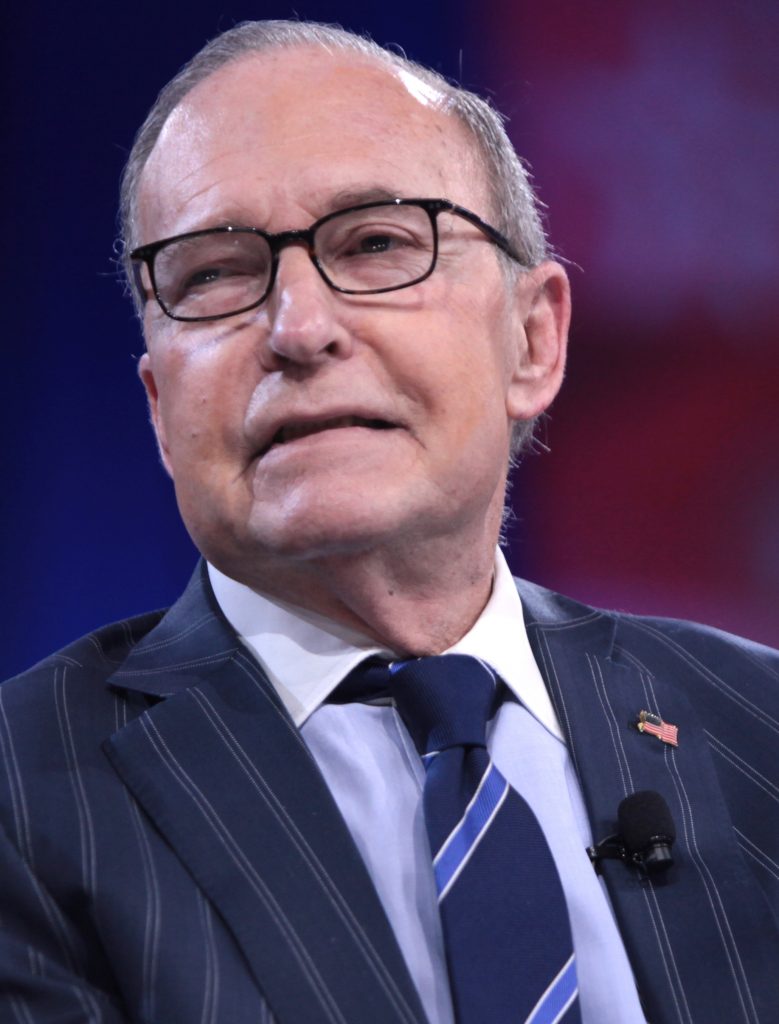 Kudlow, the director of the National Economic Council, had joined President Donald Trump last week in Canada for the meeting of the Group of Seven world leaders. Minutes before Trump met with North Korea’s Kim Jong Un in Singapore, the president tweeted, “Our Great Larry Kudlow, who has been working so hard on trade and the economy, has just suffered a heart attack.”

Kudlow appeared Sunday on CNN to back up Trump’s complaint that he had been blindsided by Canadian Prime Minister Justin Trudeau’s criticism of his tariff threats at a news conference that followed the G-7 meeting in Canada. The meeting, which had been shadowed by the Trump administration’s escalation of rhetoric on trade and tariffs, splintered shortly after the president left Quebec and tweeted he was pulling back his approval of a joint G-7 statement.

Trump’s choice of Kudlow to be his top economic aide elevated the influence of a longtime fixture on the business news network CNBC. He previously served in the Reagan administration and emerged as a leading evangelist for tax cuts and smaller government.

The famously pinstripe-suited Kudlow succeeded Gary Cohn, a former Goldman Sachs executive who left the post in a dispute over Trump’s decision to impose tariffs on imported steel and aluminum.

With Trump’s tax cuts already being implemented, Kudlow has been advising a president who pushed to tax foreign imports—a policy Kudlow personally opposes. Kudlow said he is “in accord” with Trump’s agenda and his team at the White House would help implement the policies set by the president.

After working in President Ronald Reagan’s administration, Kudlow moved to Wall Street and, though he never completed a master’s program in economics and policy at Princeton University, served as chief economist at Bear Stearns. He left that position in the early 1990s to treat an addiction to alcohol and drugs.

Kudlow soon settled comfortably into the world of political and economic commentary, working at the conservative magazine National Review and becoming a host of CNBC shows beginning in 2001. He was a CNBC contributor before returning to the White House this year.

—Associated Press writers Zeke Miller in Singapore and Jill Colvin in Washington contributed to this report.