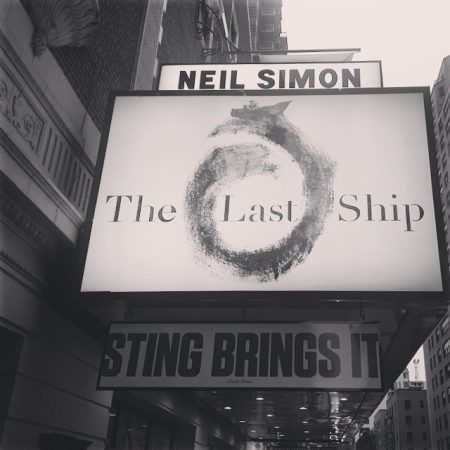 OSHAWA, Ont. – Sting is bringing his musical about labour strife to Oshawa, Ont., in a show of support for those affected by the planned shutdown of the city’s General Motors plant.

The singer and the Toronto cast of “The Last Ship,” currently playing at Mirvish’s Princess of Wales Theatre, are set to perform a free show at Oshawa’s Tributes Communities Centre on Thursday.

Sting wrote the show’s music and lyrics based on his own experiences growing up in an English shipbuilding town roiled by the collapse of its main industry.

Related:
Unifor’s high profile campaign against GM is also a fight for its future

The former Police frontman stars in the production as a protest leader fighting to hold the community together by building one last ship.

The head of the union representing workers at the GM facility east of Toronto says there are strong parallels between the show’s themes and the threat facing Oshawa.

Unifor President Jerry Dias said in a statement Sting has “witnessed first-hand” what happens to families when a “core industry is ripped away” and that he’s grateful to the singer for the support.

Unifor members in the Toronto area will receive priority access to Thursday’s show, and tickets will later be made available to the general public.