A drop in inventories and a tough outlook will mean more challenges for next year, reports Cameco CEO, Tim Gitzel 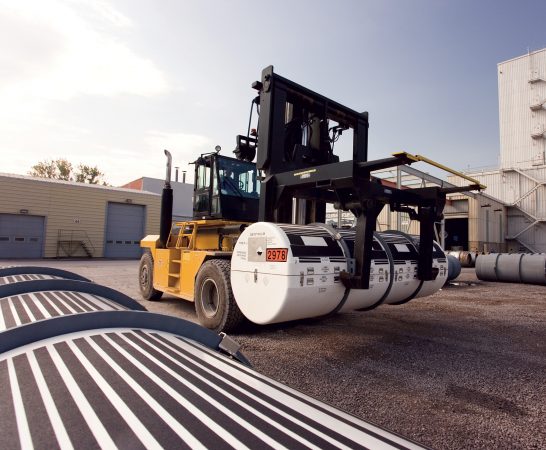 Production cuts and some price gains helped Cameco Corp. post a better-than-expected profit in its latest quarter, but it said industry headwinds remain.

“You will see from our results that we had a strong finish to 2018,” CEO Tim Gitzel told on a conference call Monday.

“That said, and as we expected, our 2019 outlook points to a weaker performance from a gross profit point of view.”

The uranium producer has been struggling for years with a sluggish market for yellowcake. Last year, it temporarily halted production at its McArthur River mine and later made the shutdown permanent as it and other producers looked to cut back on supply.

The drop in supplies from Cameco and others, and some increased demand, have helped boost spot market prices by about 20 per cent since the start of 2018, but long-term orders have lagged.

The company relied more on stockpiles because of the mine shutdown, leaving its inventories at about a third of where they were at the start of 2018. The drop in inventories and a tough outlook will mean more challenges for next year, Gitzel said.

“We will continue to generate cash from operations in this difficult time. However, the cash generated will not be as robust as in 2018, given the weaker outlook and without the release of working capital associated with the inventory drawdown in 2018.”

The lack of cash flow is a challenge, said BMO Capital Markets analyst Alexander Pearce, but he raised the target price for the company by a dollar to $17.50 on a strengthened balance sheet, a potential settlement with a Japanese utility and a rising uranium price.

“We continue to have reasons to be positive on the stock,” said Pearce in a note.

The adjusted earnings were well ahead of analyst expectations of 23 cents per share for the quarter, according to Thomson Reuters Eikon.

The company got a boost last year with a court victory against a major Canada Revenue Agency tax dispute, but a U.S. review of uranium imports continues to loom.

Gitzel said on the call that he has been down to Washington D.C. more times in the last six months than in the 10 years prior as the company looks to avoid tariffs or restrictions on uranium imports from Canada.

“We’re heavily involved, obviously, trying to find a solution that might work for everybody. And it’s really in no one’s interest to put hurt on the utilities.”