Resolute is axing shifts at seven sawmills across the province. The move will affect 1,282 workers as trade negotiators in Canada and the U.S. trade barbs 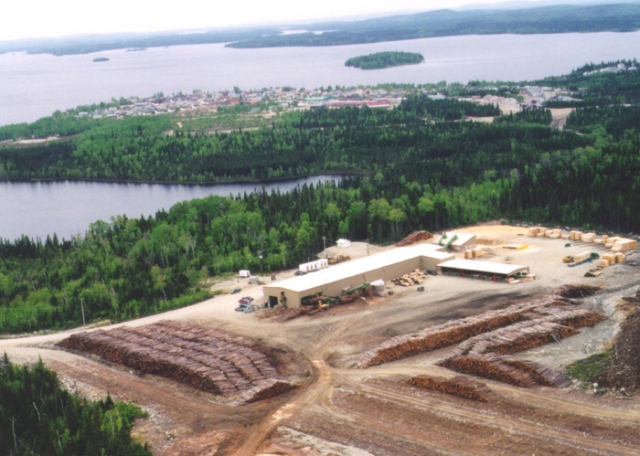 MONTREAL—Hundreds of Quebec forestry workers are experiencing the first sour tastes from the softwood lumber battle with the United States as they prepare for the start of layoffs.

Starting May 15, Resolute Forest Products is cutting shifts at seven sawmills and delaying the start of forest operations that will affect 1,282 workers.

Pierrot Fortin, who experienced such heartache during the last impasse in the early 2000s, is again preparing for lost income and uncertainty.

“Work stoppages like this are never easy,” said the truck driver who hauls wood from forests in the Lac-Saint-Jean region.

“It has an impact on families and everyone is worried.”

But the 48-year-old says he’s luckier than some—his house is almost paid and his two children are no longer babies.

Fortin feels for young families and older workers who have few employment alternatives in one-industry towns.

The big worry is that temporary curtailments will be extended as companies feel growing pressure from retroactive duties and the prospect of additional preliminary charges to be announced next month.

La Tuque mayor Normand Beaudoin says any downtime longer than two weeks currently planned for about 100 mill employees would be difficult for families in the small town about 200 kilometres south of the Lac-Saint-Jean region.

“In the short-term I don’t have a lot of worries, but if it goes on for one or two years it will do a lot of harm,” Beaudoin said.

Although workers were aware of the challenges facing the industry, they were surprised by the speed with which Resolute moved to cut costs—especially since the company’s preliminary duties are below the 20 per cent Canadian average with no retroactivity, said Daniel Leblond, president of the Unifor local at the Dolbeau-Mistassini sawmill.

Resolute said the immediate impact on the industry is largely because of volatility in market pricing thanks to the duties, and the fact that some U.S. customers had built up some supply in anticipation of the duties.

Still, it has created anxiety because there are no answers to questions if the layoffs will be extended.

“These families are devastated, just like if they were struck by a hurricane,” said Leblond.

He fears that more job cuts are coming at two paper mills if there’s no relief from punishing duties on supercalendered paper.

The Quebec mills are among the first in Canada to feel the effects of softwood duties. However, a cedar mill in New Brunswick recently closed, affecting six workers.

Danny Stillwell, owner of Hainesville Sawmill Ltd., northwest of Fredericton, said he’s closing for at least six months until a dispute over the new tariffs is resolved.

There’s no word of any mill closures in Western Canada, but workers are very nervous, said Bob Matters, wood council chairman for the United Steelworkers union.

“Many of the workers, probably most of them, have been through the last round of softwood lumber negotiations, and the uncertainty around how long this will last is what is causing the grief,” he said.

With many families having several members employed in the forest sector, Matters added, any cuts cause widespread pain and have far-reaching ramifications for forest-dependent communities.

“The major employer in town is the mill or manufacturing facility so it is a very big deal.”