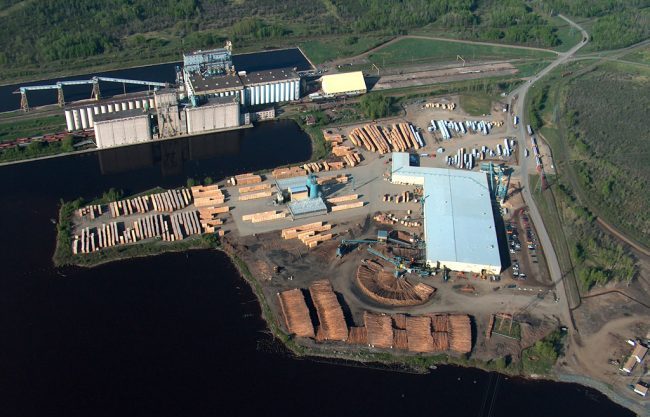 MONTREAL—Canadian lumber and government officials told the U.S. trade representative that any new softwood lumber agreement must reflect the differences in forestry regimes across the country.

Resolute CEO Richard Garneau declined to provide details of what was discussed but said he conveyed that changes to Quebec’s forestry regime means the province should have free and open access to the U.S. market, said spokesman Seth Kursman.

The Canadian government says it continues to negotiate and explore all possible approaches.

Alexander Lawrence, a spokesman for Freeland, says Canada has indicated that any agreement must reflect “the realities of our softwood lumber sector, including differences in communities across Canada.”

The meeting took place a week before the expiry of the 2006 softwood lumber agreement and a one-year standstill period on Oct. 12 that is expected to push the U.S. to begin the process of imposing tariffs on Canadian lumber imports.

U.S. producers could then start petitioning Washington to impose new duties on Canadian softwood in about six months that could result in mill closures and layoffs in Canada.

Few industry observers expect the Americans will budge from their quest for quotas to reduce Canada’s share of the U.S. softwood lumber market.

Canada has traditionally accounted for about one-third of the U.S. lumber market, but the U.S. is rumoured to want that to gradually decrease to 22 per cent, Garneau said in a recent interview.