Canada ‘ready’ for NAFTA renegotiations as officials wait for U.S. to kick-start talks 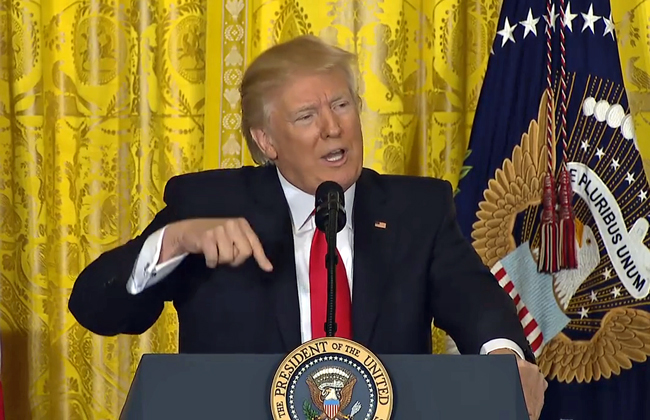 OTTAWA—The Trump administration is likely to quickly trigger the process that will lead to renegotiation of the North American Free Trade Agreement, now that a new U.S. trade representative has been confirmed, say two Trudeau cabinet ministers heading Canada’s side of the talks.

Soon after, Trump said it was his intention to quickly file a 90-day notice with Congress to kick-start the NAFTA talks with Canada and Mexico, a requirement under U.S. law.

“We are ready, we are prepared, and we’re going to see what they put on the table,” he said.

With Lighthizer’s confirmation, “I think that the process ought to now get moving,” Freeland told CTV’s Question Period.

“And we’re enthusiastic about that,” she added.

“We’re keen to sit down at the table with our American and Mexican partners and to modernize what has been a really great trade agreement for our continent.”

The Trump administration has signalled that it wants significant changes in a range of sectors, including dairy, lumber, automobiles, pharmaceuticals and the NAFTA dispute-resolution system.

Trump himself has said he expects “massive” changes, telling The Economist last week that “big isn’t a good enough word” to describe the negotiations.

But whether there is time for a “massive” restructuring of the long-standing trade deal is being questioned by observers, who point out that Mexico has expressed a desire to get a new deal by early next year, before the Mexican election.

In the meantime, both Freeland and Champagne said Canada will continue pressing Ottawa’s position in behind-the-scenes discussions with political actors in the U.S.; that NAFTA has been a boon for jobs in both countries.


Related Stories
Trump to ‘kick-start’ NAFTA negotiations as early as May, still cagey on the details
NAFTA talks to start in August; Trudeau says Canada must present ‘united front’
U.S.-Mexico NAFTA talks minus Canada: feds encouraged talks are back on
Canada to face “extremely frustrated” negotiators in next round of NAFTA talks