There is an all-out push under way to get a deal done by next week, but individuals close to the talks say major irritants remain entrenched 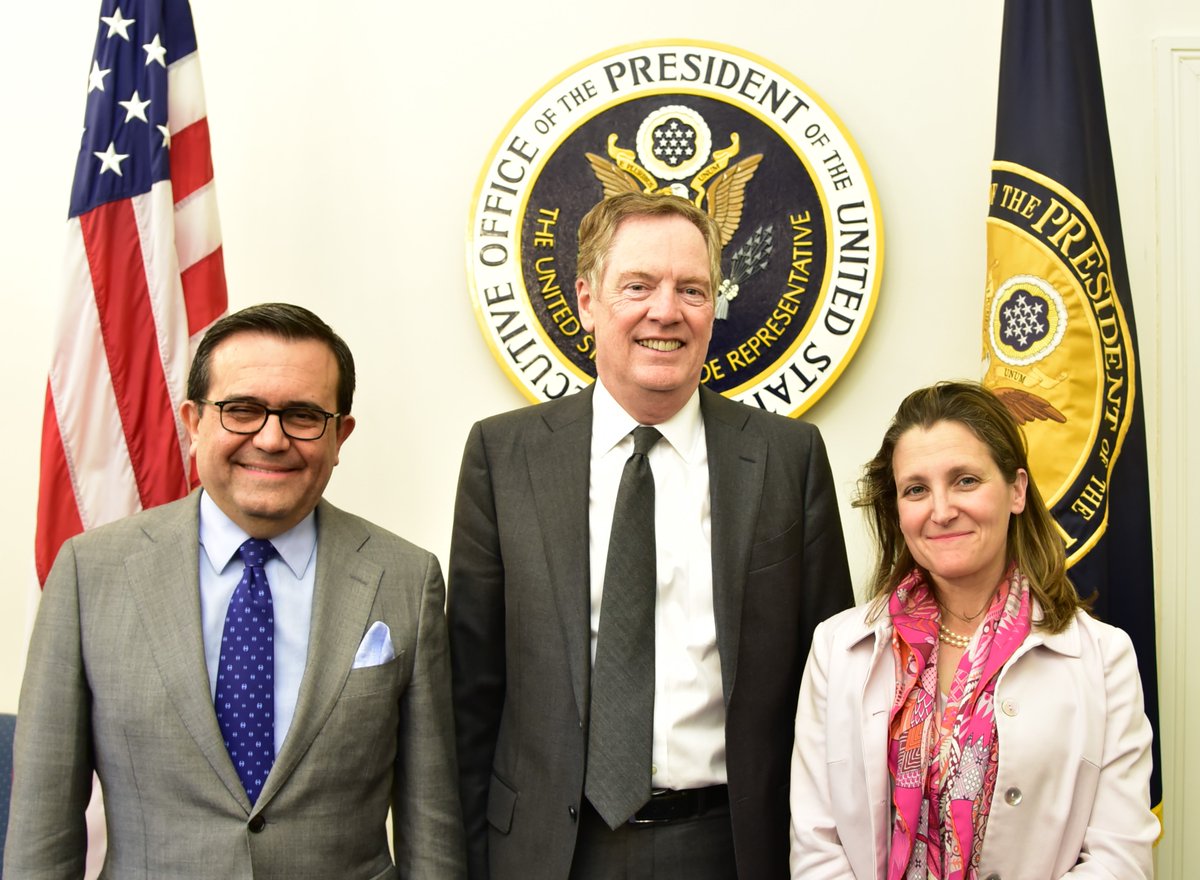 WASHINGTON—With the NAFTA talks at a critical juncture, Foreign Affairs Minister Chrystia Freeland announced Thursday that she was skipping a summit in Europe to remain at the bargaining table.

Freeland had been scheduled to fly to Brussels for the start of a meeting of NATO foreign ministers, which was to include an encounter with the newly confirmed U.S. Secretary of State Mike Pompeo.

Instead she got a phone call from Pompeo as he left Washington on Thursday, and she remained in his country’s capital for the marathon round aimed at getting a new continental trade deal.

”I think it’s important for us to keep on working at this,” said Freeland, whose parliamentary secretary Omar Alghabra is travelling to Brussels in her place.

”Very unfortunately, I have decided that I will not be able to attend the NATO … meeting.”

An all-out push is underway to get an agreement by next week, when U.S. steel and aluminum tariffs take effect, the U.S. trade czar is supposed to head to China and the procedural deadline approaches to get the current U.S. Congress to vote on a new NAFTA.

Yet the prospects are mired in uncertainty.

That unpredictability was reflected in contrasting observations by the two key Mexican ministers at Thursday’s talks.

When asked whether a deal by next week is possible, Foreign Affairs Minister Luis Videgaray said: ”I think it’s certainly possible … I think we are reasonably close. Certainly this has been a great week.”

His colleague Ildefonso Guajardo offered a counterpoint: ”Too many things. Too many issues to tackle. So we have to keep on working,” Guajardo told reporters in a separate news scrum.

”We’re trying to do our best, but there are still a lot of things pending. … We are (working) on all the topics. Auto rules, intellectual property. Everything is on the table.”

Autos talks have had far more progress than other key issues, although Mexico and the U.S. have clashed over a provision that favours auto production in high-wage countries.

Canada and the U.S. clashed over a U.S. push to introduce a so-called sunset clause in the agreement. One Canadian briefed on the talks says there are also gulfs over a U.S. push to cancel the Chapter 19 dispute-settlement system, as well as divisions over intellectual property and public procurement.

When asked about the chance of a deal in the next few days Unifor union leader Jerry Dias was unequivocal: ”Less than zero per cent.” He said that aside from autos, the key issues had seen little movement.