"This episode has not changed our NAFTA negotiation position," said our Foreign Affairs minister in reference to Canada's provisional exemption from the Trump administration's metals tariffs. The U.S. President has said that Canada's continued exemption will be based on the success of NAFTA talks 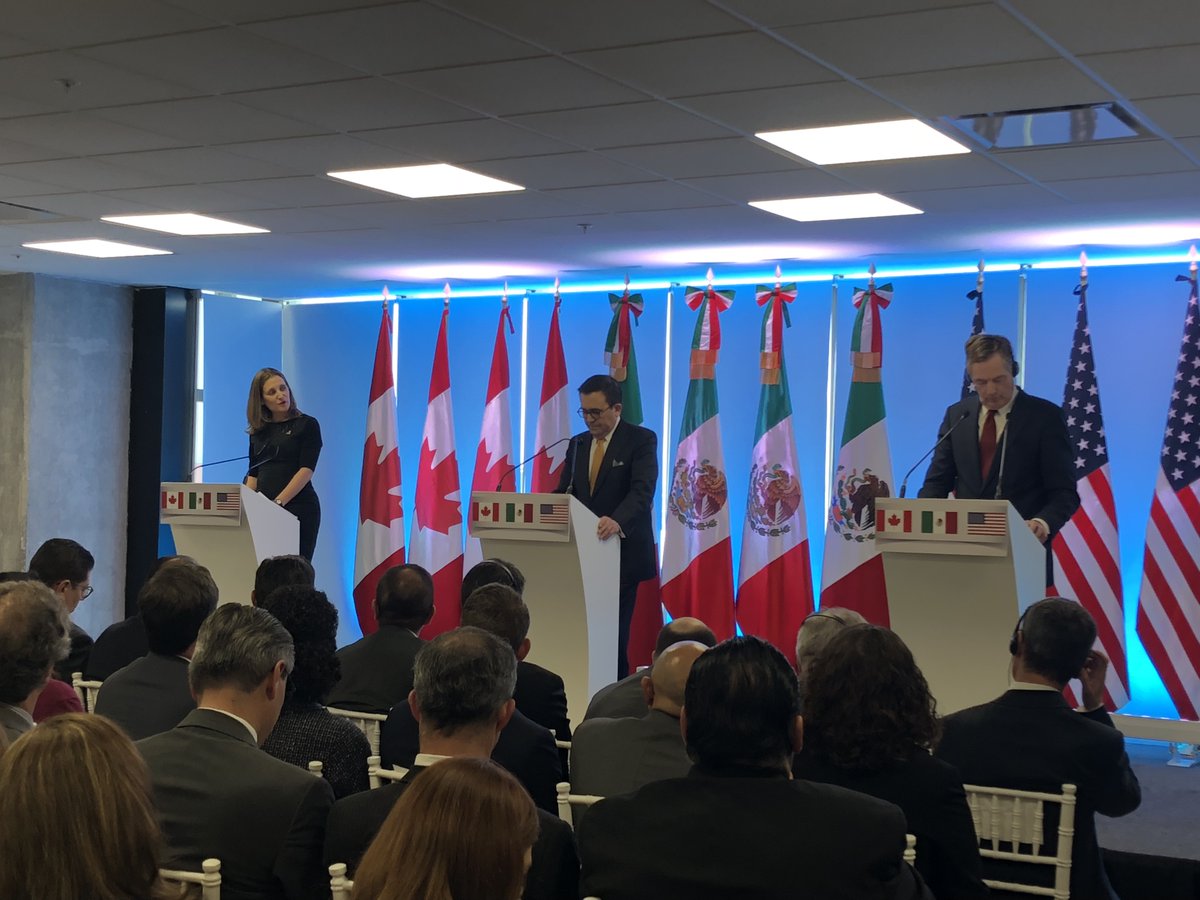 OTTAWA—As the United States tries to light a fire under NAFTA negotiations, Canadian Foreign Affairs Minister Chrystia Freeland says Canada will not be bullied or pressured by the United States as part of those talks.

Freeland is coming off a tense week which started with the seventh round of NAFTA negotiations making little progress towards an agreement but ended with a sigh of relief when Canada and Mexico secured an exemption from new U.S. tariffs on steel and aluminum imports.

The steel tariff threat was seen by many to be an attempt by the Trump administration to pressure Canada and Mexico to complete the NAFTA talks—giving in to other U.S. demands or giving up some of their own—rather than risk the punishing steel and aluminum duties. The steel tariff investigation was launched to see the impact of steel imports on U.S. national security.

Freeland said it was absurd to consider Canadian steel a national security threat and that “as far as Canada is concerned there is absolutely no connection” between the national security reasons cited for the steel tariffs and NAFTA.

Her words echo those of Mexican Economy Minister Ildefonso Guajardo who said last week Mexico also believed the steel tariffs had nothing to do with the NAFTA talks.

Freeland notes the written presidential proclamation putting them in place does not.

“That was significant and we were glad to see that,” she said.

However Trump specifically mentioned NAFTA in his press conference announcing the exemptions on March 8.

“We’re negotiating right now NAFTA and we’re going to hold off the tariff on those two countries to see whether or not we’re able to make the deal on NAFTA,” he said. He added that national security was an important part of that deal and, if a deal is made, “this will figure into the deal and we won’t have the tariffs on Canada or Mexico.”

NAFTA talks started seven months ago and the U.S. is starting to get antsy about getting a deal. Mexican federal elections scheduled for July 1 and U.S. congressional elections in the fall are adding pressure, as changes of government as a result of either could affect both getting a deal and getting it ratified.

Following the close of the seventh round of negotiations last week in Mexico, U.S. Trade Representative Robert Lighthizer said the U.S. wants to get a deal done in the next four to six weeks. Canada and Mexico are both indicating a willingness to step up the pace of the talks but not at the expense of getting a good deal for all.

Freeland is headed to New York Monday to host an event on Canada’s Elsie Initiative for Women in Peacekeeping, which aims to increase the number of women deployed as part of peacekeeping forces around the world. From there, she may travel to Washington, D.C. to continue NAFTA talks although her spokesman would only say her schedule is still being finalized.

Prime Minister Justin Trudeau is heading to Canadian steel country this week on a three-day tour designed to shore up the industry. The tour was planned before the tariff exemption was confirmed but will still go ahead despite the exemption, with stops in Alma., Que, Hamilton, Ont., Sault Ste. Marie, Ont., and Regina, Sask.