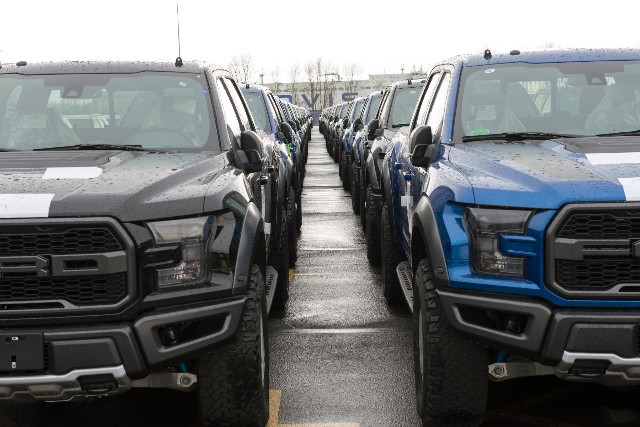 DEARBORN, Mich.—Ford has started shipping its all-new 2017 F-150 Raptor to China, marking the first time any U.S.-built F-Series truck has been exported to the world’s largest nation.

“Raptor’s unique looks and capability have generated amazing buzz at every auto show we’ve brought it to around China,” said David Schoch, Ford group vice president and president, Ford Asia Pacific. “F-150 Raptor is another example of our commitment to offer a wide range of vehicles for customers in China.”

The F-Series truck joins the Ford GT, Focus RS, Focus ST and Fiesta ST on the current roster of exports to China.

The Ford F-150 Raptor is built at the motor company’s truck plant in Dearborn, Michigan.