A report released last week revealed that TEPCO's then-President Masataka Shimizu instructed officials not to use the specific term "meltdown," and alleges the order came from Japan's Prime Minister's office 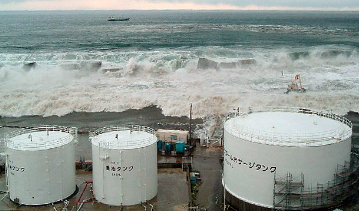 TOKYO—The utility that ran the Fukushima nuclear plant acknowledged June 21 its delayed disclosure of the meltdowns at three reactors was tantamount to a coverup and apologized for it.

“I would say it was a coverup,” Hirose told a news conference. “It’s extremely regrettable.”

TEPCO instead described the reactors’ condition as less serious “core damage” for two months after the earthquake and tsunami on March 11, 2011, wrecked the plant, even though utility officials knew and computer simulations suggested meltdowns had occurred.

An investigative report released last week by three company-appointed lawyers said TEPCO’s then-President Masataka Shimizu instructed officials not to use the specific description under alleged pressure from the Prime Minister’s Office, though the investigators found no proof of such pressure.

The report said TEPCO officials, who had suggested possible meltdowns, stopped using the description after March 14, 2011, when Shimizu’s instruction was delivered to vice-president at the time, Sakae Muto in a memo at a televised news conference. Shimizu had a company official show Muto his memo and tell him the Prime Minister’s Office has banned the specific words.

Government officials also softened their language on the reactor conditions around the same time, the report said.

Former officials at the Prime Minister’s Office have denied the allegation. Then-top government spokesman Yukio Edano, now secretary general of the main opposition Democratic Party, criticized the report as “inadequate and unilateral,” raising suspicion over the report by the lawyers seen close to the ruling party ahead of an upcoming Upper House election.

TEPCO has been accused of a series of coverups in the disaster, though the report found TEPCO’s delayed meltdown acknowledgement wasn’t illegal.

Hirose said he will take a 10 per cent pay cut, and another executive will take a 30 per cent cut, for one month each to take responsibility. He vowed to take further steps to improve TEPCO’s safety culture, but ruled out a possibility to further investigate what really led to Shimizu’s instructions.

The report said Shimizu’s instruction delayed full disclosure of the plant’s status to the public, even as people who lived near the plant were forced to leave their homes, some of them possibly unable to return permanently, due to the radiation leaks from the plant.

TEPCO reported to authorities three days after the tsunami that the damage, based on a computer simulation, involved 25 to 55 per cent of the fuel but didn’t say it constituted a “meltdown,” even though the figures exceeded the 5 per cent benchmark for one under the company manual.

TEPCO in May 2011 publicly acknowledged “meltdown” after another computer simulation showed significant meltdown in three reactors, including one with melted fuel almost entirely fallen to the bottom of the primary containment chamber.

The issue surfaced earlier this year in a separate investigation in which TEPCO reversed its earlier position that it had no internal criteria regarding a meltdown announcement, admitting the company manual was overlooked.