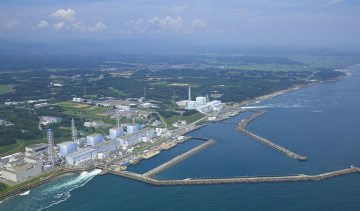 The Fukushima Dai-ichi nuclear power plant, the site of the 2011 disaster. PHOTO: TEPCO

TOKYO—The operator of Japan’s damaged Fukushima nuclear plant acknowledged Thursday it failed for two months to announce that meltdowns had occurred in the cores of three of the reactors.

Tokyo Electric Power Co. said its officials were unaware of a company emergency manual that defined a meltdown as damage exceeding 5 per cent of a reactor’s fuel.

Instead, TEPCO described the condition of the reactors as less serious “core damage” for two months after the plant was hit by a massive earthquake and tsunami in March 2011, despite damage estimated to range from 25 to 55 per cent.

TEPCO has been accused of softening its language to cover up the seriousness of the disaster. The Nuclear and Industrial Safety Agency, Japan’s nuclear regulatory unit at the time of the accident, was also reluctant to use the word “meltdown” and replaced a spokesman after he suggested days after the disaster that one had occurred.

TEPCO said its initial wording may have been misleading, but didn’t affect its response.

“Core damage or meltdown, it didn’t make any difference in how we responded to the emergency,” TEPCO spokesman Shinichi Nakakuki said. He said the company promptly reported the estimated damage percentage to the government as required by law.

TEPCO and government officials in charge of the cleanup of the Fukushima Dai-ichi plant say they are unaware of any internationally accepted definition of what constitutes a meltdown, and don’t know where the company’s 5 per cent benchmark came from.

TEPCO said it discovered the emergency manual this month and promised an investigation into why it was overlooked.