Both Scheer and Trudeau have much to improve upon when it comes to climate policy; the Liberal government, in particular, is mired in deepening contradictions on environmental matters

During the recent federal leaders’ debate, Conservative Leader Andrew Scheer only distinguished himself on climate issues by earning the title of “Mr. Deny” from Jagmeet Singh, leader of the New Democrats.

But Scheer nonetheless had two important insights into environmental issues raised during the campaign.

First, he reiterated the contradictions of the Liberal government’s approach to climate change, noting of Justin Trudeau’s participation in the Sept. 28 climate strike march in Montreal:

“I find it interesting and ironic that Justin Trudeau is actually protesting his own government’s record on the environment.”

Second, he has noticed, correctly, that for the most part, “the largest (industrial) emitters receive an exemption” from the Liberal’s carbon pricing system.

That, as Trudeau rightly pointed out, would remove the central element of Canada’s strategy for meeting its obligations under the Paris climate change agreement and effectively replace it with—if based on the feeble contents of the Conservatives’ own climate strategy so far—nothing.

At the same time, Scheer promises to use long-dormant Constitutional powers to override provincial and Indigenous objections to a national energy corridor that seems designed to cement Canada’s role as a high-carbon export economy for decades to come. 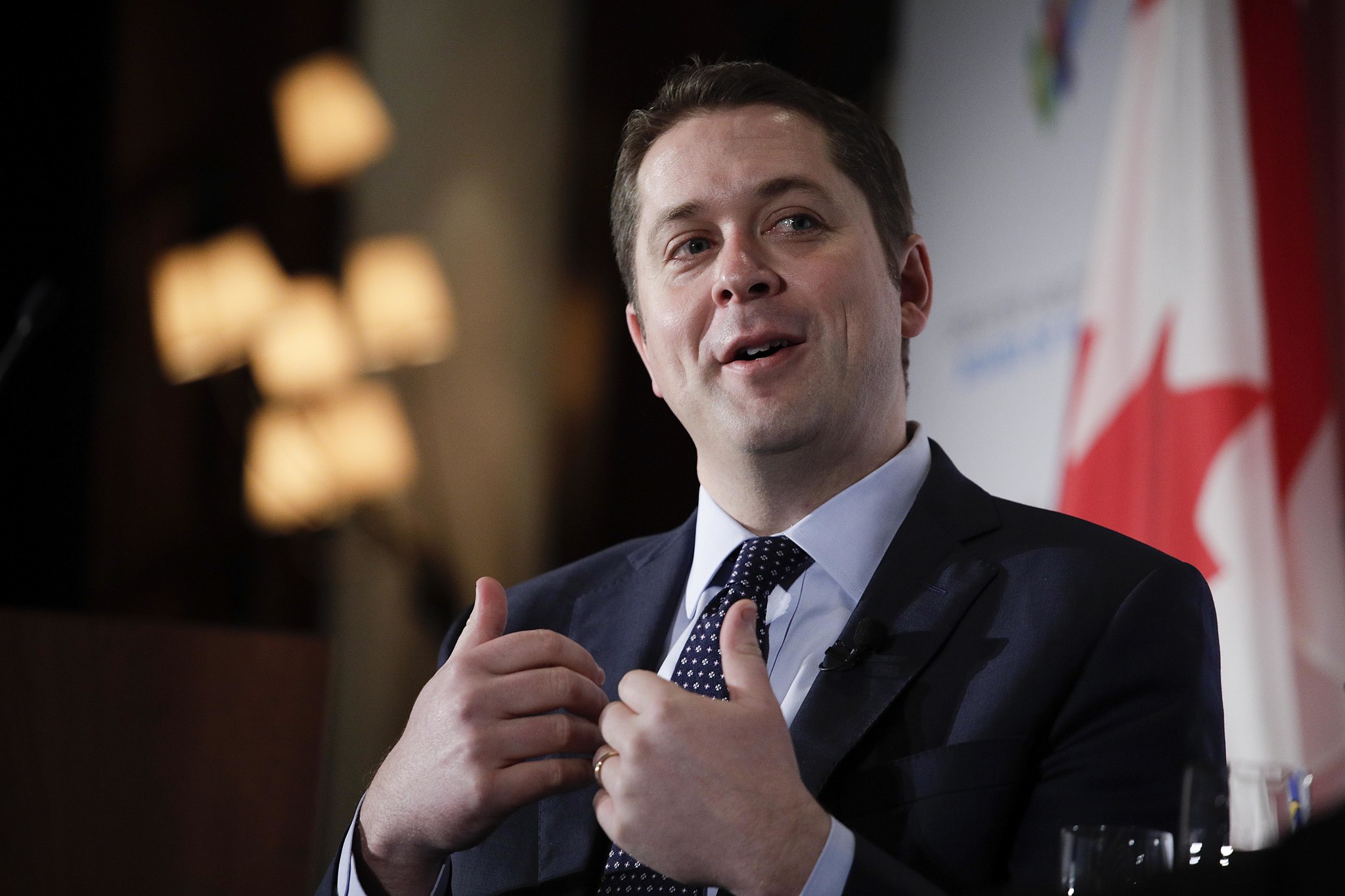 It’s difficult to imagine a better strategy for reviving the otherwise moribund separatist movement in Quebec given the strength of the objections to the proposed Energy East pipeline throughout the province.

That said, Scheer’s observations about the Liberal government’s contradictions on the climate file emphasize the point that the approval, then the $4.5 billion purchase, then re-approval of the Alberta-to-Vancouver Trans Mountain pipeline has become a millstone around the Trudeau government’s neck when it comes to appealing to progressive voters.

The defection of those voters to Singh’s NDP and Elizabeth May’s Greens threatens Trudeau’s majority government, and perhaps his ability to form a government at all.

Ironically, with the exception of the Trans Mountain pipeline question, the government’s record on the environment and climate change, although not perfect, is certainly respectable.

Trudeau’s Liberals have done more than any previous federal government to implement effective policy measures to reduce GHG emissions. They achieved a federal-provincial near-consensus (only Saskatchewan and Manitoba refused to sign) on the December 2016 Pan-Canadian Framework for Clean Growth and Climate Change.

In the aftermath of that agreement, which included commitments by all provinces to adopt some form of carbon pricing, Trudeau has stood remarkably firm in the face of opposition from newly elected Conservative premiers in Ontario, Alberta and New Brunswick.

The federal carbon pricing backstop is now being implemented in whole or in part in six provinces and all three territories. It was originally expected that, under the Pan-Canadian Framework, all of the provinces would implement their own carbon pricing systems. A major federal role in the process was never anticipated.

To its credit, Trudeau’s government has applied the federal backstop as provinces abandoned their commitments under the Pan-Canadian Framework and dismantled their own carbon pricing systems.

The government’s support for the Trans Mountain project was grounded in a deal with former Alberta premier Rachel Notley, exchanging a federal commitment to pursue a pipeline to tidewater for Alberta’s constructive engagement in a national climate change strategy.

This was, arguably, a reasonable trade-off. Alberta’s refusal to engage in discussions of serious climate change policies had been the key stumbling block in more than two decades of efforts to formulate an effective national climate change strategy following the adoption of the United Nations Framework Convention on Climate Change at the Rio Conference in 1992.

Notley’s NDP government was initially true to its word and did engage seriously on the climate change issue. It participated in the 2016 Pan-Canadian Framework, implemented a carbon tax in Alberta, initiated a phaseout of coal-fired electricity and launched major strategies around energy efficiency and renewable energy.

None of these things can be said of Notley’s successor, Jason Kenney, who as leader of the United Conservative party became the premier of Alberta in April.

Rather, Kenney has made a point of shredding Notley’s climate change strategy, particularly the carbon tax. Kenney has signalled his intention to join the quixotic challenges by Ontario and Saskatchewan to the federal carbon pricing system to the Supreme Court of Canada.

The situation begs the question: If Alberta has walked away from its part of the bargain, why is Trudeau—dubbed “Mr. Delay” by Singh in the debate—still trying to move the Trans Mountain project forward?

Why not put pipeline on hold?

Wouldn’t it have been a better political and climate change strategy to put the pipeline on hold until Kenney agrees to re-engage, in a serious and constructive manner, on climate change?

The political cost of such an approach appears to be low. Trudeau’s continued support for the project seems to be winning him few friends in Alberta anyway. At the same time, it would have given the Liberal leader a much stronger response to his Green and NDP challengers.

It would have also provided a better justification for joining Greta Thunberg’s climate strike—Trudeau could have argued he was protesting the governments of Alberta, Ontario, Saskatchewan, Manitoba and New Brunswick and their refusal to take the issue seriously.

The future of Canada’s first serious attempt and—as May pointed out during the debate, potentially last opportunity—to actually implement an effective national climate change strategy now hangs in the balance on Oct. 21.

The Liberal government’s deepening contradictions on energy and environmental matters has played no small part in creating the precarious situation in which Canada now finds itself.

Future generations may well be justified in saying, as Thunberg recently did in her speech to the United Nations: “We will never forgive you.”