The numbers point to a mountainous challenge 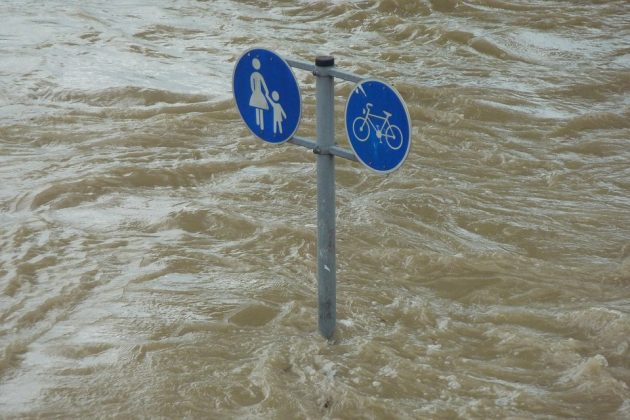 OTTAWA—Canada would have to cut its emissions almost in half over the next 12 years to meet the stiffer targets dozens of international climate change experts say is required to prevent catastrophic results from global warming.

The United Nations Intergovernmental Panel on Climate Change says there will be irreversible changes and the entire loss of some ecosystems if the world doesn’t take immediate and intensive action to cut greenhouse gas emissions far more than is occurring now.

That means trying to limit the increase in the average global ground temperature to 1.5 degrees C, rather than 2 C as specified in the Paris climate change accord. At 2 C, everything from melting sea ice to droughts, famines and floods will be significantly worse than at 1.5 C, the report says.

If people don’t act now, the report says, we will hit 1.5 C somewhere between 2030 and 2052. To prevent that, the world has to cut the amount of emissions released each year by 2030 so that they are no more than 55 per cent of what they were in 2010. For Canada, that means emissions would need to fall to a maximum of 385 million tonnes a year.

In 2016 they were almost twice that, and the Canadian government’s current aim is to only cut to about 512 million tonnes a year. Even that more modest goal is out of reach for now despite plans such as the controversial national carbon price, making buildings more energy efficient and eliminating coal as a source of electricity by 2030.

“It’s clear that the consequences of acting slowly are devastating for the planet and our way of life,” said Merran Smith, executive director of the group Clean Energy Canada.

She said Canadians do not need to change what they do to cut emissions, but rather need to change how they do it. That means, she said, electrifying everything.

The report comes as Canada is embroiled in a new round of political arguments about the best way to proceed, with the federal Liberals’ planned national price on carbon being challenged by a growing number of provincial governments.

Environment Minister Catherine McKenna believes the report is another wake-up call that underscores why her government is pricing carbon and introducing regulations for the country’s biggest emitters. However, she says Canada will not increase its targets to cut emissions until the plan laid out in 2016 is fulfilled.

“My focus is making sure we actually do what we said we were going to do and then we can be more ambitious,” McKenna said.

Her government has also approved new fossil fuel projects, including last week’s $40-billion liquefied natural gas plant in British Columbia, which will increase emissions from the energy sector. She said LNG is part of the solution because it emits less than burning coal for electricity, and if LNG is going to be used she would rather it be Canadian LNG.

Dale Marshall, national program manager at Environmental Defence, said the ongoing political fight over carbon pricing and criticism of Liberal energy policies is scaring the government into being more timid about its climate plan, while the report shows being timid is not going to cut it.

“Parties and governments that actually understand the science and believe in action need to be more courageous than they’re being,” he said.

NDP environment critic Alexandre Boulerice said it’s time for the Liberals to hit the reset button on their climate plan and come up with something stronger. “I want the plan to succeed but the plan is not ambitious enough and right now we’re seeing that it’s going nowhere.”

Conservative Leader Andrew Scheer, who is on a trip to India touting new infrastructure to ship more oil and gas overseas, said he will leave the findings of the IPCC report to the scientists. But Scheer said his party remains adamantly opposed to a carbon tax, which he does not think will actually reduce emissions, and instead revert back to the regulatory approach taken by the former Conservative government.

“When it comes to public policy as to how to address environmental challenges, the Conservative Party is on the right track,” he said.

The only regulations introduced by the former government involved coal-fired power plants. Scheer says the Conservatives will release a full climate plan in advance of the general election next year.

Climate change by the numbers:

1.5 C: The maximum increase in global temperature the United Nations Intergovernmental Panel on Climate Change says the world should aim for to prevent catastrophic, irreversible impacts like flooding, famines, droughts and hurricanes

2 C: The long term goal of the Paris climate change accord for global warming

3 C – 4 C: Amount the UN says the Arctic has warmed up compared to pre-industrial times

4.5 tonnes: Amount of emissions coming from the tailpipe of an average passenger car over the course of a year

704 million tonnes: Amount of total emissions coming from Canada in 2016, the latest year for which the numbers are available

385 million tonnes: Target the UN suggests Canada should aim for to keep the world from warming beyond 1.5 C

45 per cent: Portion of Canada’s emissions that came from the energy sector in 2016

20 per cent: Portion of Canada’s emissions that come from road transportation in 2016