Ontario has work to do to meet long term climate change goals: report 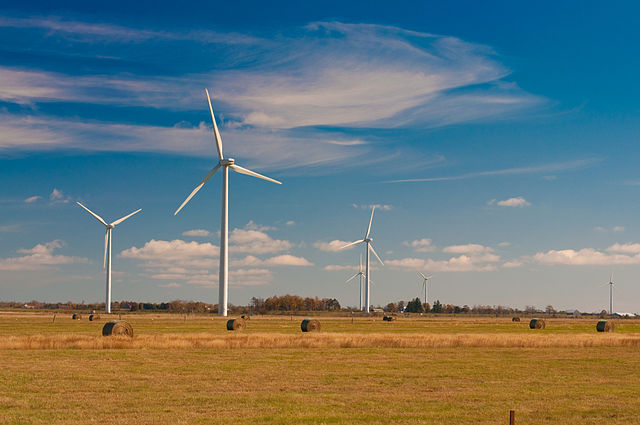 The province has been working to reduce its emissions both by investing in cleaner electricity capacity and reducing consumption. PHOTO: Ernesto Andrade/Flickr

In her annual report, the commissioner said the government needs a better plan for spending the funds brought in by the cap-and-trade system, which amounted to close to $2 billion last year.

The money is meant to be earmarked for green projects and almost all of the $1.37 billion spent as of last November met the established criteria, Dianne Saxe wrote.

What’s more, some government ministries need to make more of an effort to consider climate change in their decision-making and spending, Saxe said. The Ministry of Energy was named as a top offender, in part because Saxe deemed that its newly announced long-term energy plan is “incompatible” with the province’s climate change law.

But despite some hurdles in the system, she said switching to a carbon tax, as the Progressive Conservatives have vowed to do if they win the spring election, isn’t likely to deliver results faster.

“The research that we’ve seen suggests that changing policies delays progress,” she said.

“There isn’t any jurisdiction in the world that’s changed from cap and trade to a carbon tax. Most jurisdictions choose cap and trade because although it’s more expensive to implement for the economy as a whole you produce the same level of emissions for a lower cost.”

The cap-and-trade system, which was launched last year, aims to lower greenhouse gas emissions by putting caps on the amount of pollution companies in certain industries can emit.

If they exceed those limits they must buy allowances at quarterly auctions or from other companies that come in under their limits.

“I would expect that, from a compliance point of view, Ontario will be able to meet the 2020 target because it includes the availability to use offsets and buy allowances from outside Ontario,” Saxe said.

“It’s much more challenging moving forward from 2020 to 2030,” she said. “We now know what the maximum number of allowances will be each year but we don’t know how the province intends to get there. So that’s one of the reasons why I’ve recommended a specific carbon budget for each ministry and each sector.”

Ontario’s Environment Minister Chris Ballard said the government is proud of its record on climate change but recognizes there is a lot of work ahead. He said he would discuss Saxe’s concerns with her and take the report and its recommendations into account.

All departments are aware of the importance of reducing greenhouse gas emissions, but face other pressures that can sometimes get in the way, he said.

Ballard said he is confident the province can meet its 2030 goals, particularly as green technologies such as electric vehicles become more mainstream.

“We just have to keep staying the course,” he said.

Critics said the report shows not enough is being done to combat climate change.

“Clearly the Liberals are talking about this a lot but in very key areas they’re not taking the action that has to happen,” said New Democrat Peter Tabuns, the party’s environment critic.