Kenney says a number of factors, including climate change, have contributed to the dire forest fire situation in northern Alberta over the last two weeks 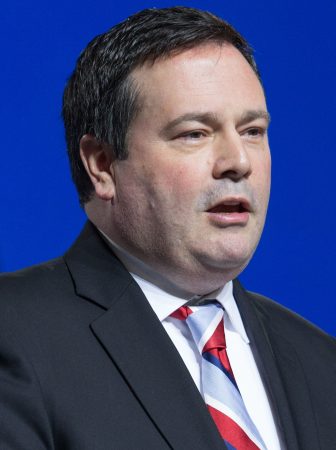 CALGARY—Alberta Premier Jason Kenney says forest fires have always been around and carbon taxes won’t do anything to change that.

Kenney says a number of factors, including climate change, have contributed to the dire forest fire situation in northern Alberta over the last two weeks.

Wildfires have forced more than 10,000 people from their homes and more than a dozen communities stand empty.

The former NDP government brought in the tax in an attempt to reduce greenhouse gas emissions and as a way to raise revenue for green energy projects.

“They’ve had a carbon tax in British Columbia for 10 years. It hasn’t made a difference to the pattern of forest fires there … or in Alberta. And we’ve always had forest fires. We always will,” Kenney said Friday after a luncheon speech to a Calgary business audience.

“We have huge patches of very old, boreal forest where there have not been fires for, in some cases, 80 or 90 years. All of the forestry experts will tell you that these regions of Alberta have been overdue for a major forest fire and our forests have been growing older.”

Goodale said wildfires burning now and the floods in central and Atlantic Canada earlier this month are part of extreme weather variations.

“This is one of the obvious manifestations of climate change,” Goodale said in Regina. “A few weeks ago the issue was flooding in many parts of Canada and now the issue is wildfires.”

The premier said he’s sorry some homes have been lost, but he’s grateful no one has been killed or seriously injured.

The province’s forestry minister and senior officials have met with the Metis Council of Alberta and with leaders of the Paddle Prairie Metis Settlement where a number of homes were lost, he said.

He’s predicting a lack of rain means “a couple of more very difficult weeks” ahead before things get better in the fire zone.