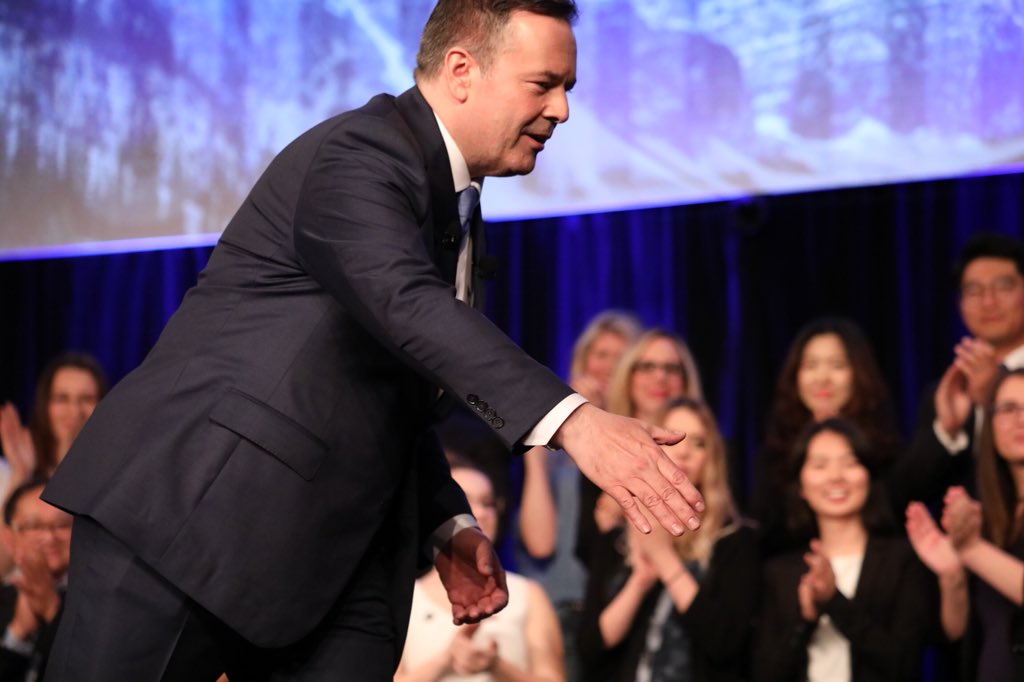 EDMONTON—Alberta’s consumer carbon tax is dead, setting the stage for a showdown with Ottawa over the imposition of a new one.

The province cancelled its tax on gasoline at the pumps and on home heating fuels just after midnight Thursday morning.

Premier Jason Kenney told the house later in the day that the bill delivers a merciful end to a tax that didn’t stop the global rise of greenhouse gas emissions but did hurt working families.

“We have barely been in office for a month and we are already, today, delivering to Albertans the biggest tax break in our province’s history,” Kenney said as his United Conservative caucus members applauded.

Kenney criticized and mocked former premier Rachel Notley and the NDP for bringing in the tax, especially after not running on it in the 2015 election campaign.

He said the tax didn’t deal with climate change and didn’t deliver any “social licence” to garner further national or international support or acceptance of Alberta’s oil and gas industry.

“So what is the point?” Kenney said rhetorically.

Some critics labelled the day rich in irony as Kenney cancelled the tax at the same time as heavy smoke from raging forest fires in the north blanketed the capital city, turning the sky an eerie dark umber by noon and triggering the activation of street lights.

Kenney was to hold an outdoor afternoon news event at a gas station to officially mark the end of the tax, but cancelled it to get an update on the fires.

Opposition NDP House Leader Deron Bilous wouldn’t draw a link between the wildfires and the cancelled tax but said humans do have an impact on climate that needs to be addressed. There has been debate on the links between global warming and the increase in extreme weather events like forest fires.

The legislature is now in the final stage of debate of An Act to Repeal the Carbon Tax to make the change official. The bill is expected to pass early next week.

Killing the carbon tax was a signature campaign promise of Kenney’s UCP, which won a majority government last month.

She said Canada will move quickly to impose the federal version on Alberta.

“We’re looking to do it as soon as possible,” said McKenna.

Alberta now joins New Brunswick, Ontario, Manitoba and Saskatchewan—provinces that have declined to impose their own carbon levies, leaving Ottawa to impose one for them.

Kenney has said if Ottawa impose its fee, he will join Saskatchewan and Ontario in fighting it in court.

Alberta is expected to argue that Ottawa does not have the constitutional authority to levy the tax and that, in any event, Alberta is already paying one with its current tax of greenhouse gases on large emitters.

Alberta’s fee, launched on Jan. 1, 2017, by the previous NDP government, taxed carbon at $30 tonne. Drivers were paying almost seven cents a litre more this year with the provincial carbon tax, along with $1.51 a gigajoule on natural gas for heating. Energy Efficiency Alberta says the typical Alberta household uses 120 gigajoules a year.

The Alberta tax brought in an estimated $2 billion, much of that rebated to low and middle-income families. It also funded a range of green projects from rapid transit to energy saving light bulbs.

Families will also get rebates from the federal tax.

McKenna said her department has already done preliminary math, given that Kenney’s bill was expected pass, and estimates a family of four in Alberta will get $700 in rebates when they file their 2019 taxes a year from now.

The rebates are based on the expected amount people will pay. Provinces where coal and natural gas are used more heavily for heating and electricity are likely to shoulder higher carbon tax bills.

McKenna said Kenney is taking a page from the same playbook as Ontario Premier Doug Ford.

—With files from Mia Rabson in Ottawa