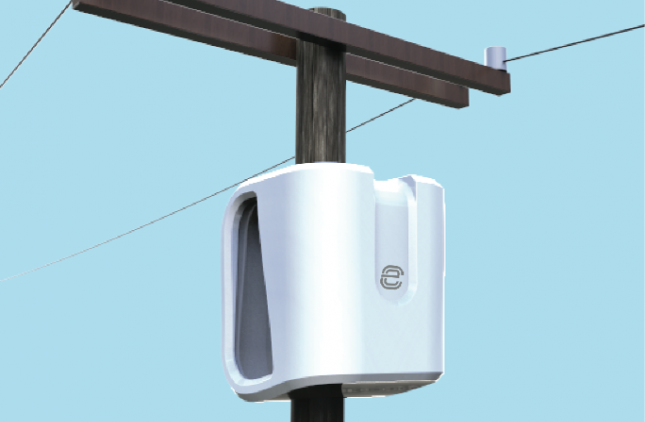 TORONTO—Largely forgotten amid the city’s urban landscape, Toronto Hydro’s approximately 176,300 hydro poles are more often seen as an eyesore than a business opportunity. In a city that boasts one of the world’s hottest housing markets though, a team of researchers developing a new energy storage system is looking at the ubiquitous poles as valuable real estate.

Scarborough-based energy storage firm eCamion Inc., is collaborating with Ryerson University and Toronto Hydro on a project that will soon see the world’s first smart-grid battery mounted to a hydro pole.

“This technology literally takes storage, which is now always on the ground, and moves it up on the pole with a little bit of sophistication that helps the electricity utility [and] helps the planet a little bit in terms of bringing on more renewable energy,” Hari Subramanian, CEO of eCamion Inc., said.

While fastening advanced lithium batteries to commonplace wooden poles may seem odd, it addresses both practical and complex electrical issues.

From a practical perspective, Hydro utilities rarely own much land throughout their distribution network, but they all own their poles, Subramanian said. On networks starving for energy storage, the poles provide utilities with an excellent, rent-free space for upgrades where their distribution systems need them most.

Meanwhile, as electric vehicles and residential solar projects become part of Ontario’s power grid, the province is becoming significantly more sustainable. Unfortunately for Torontonians and the city’s distribution utility, de-carbonizing the electricity grid is not quite as simple as plugging in an EV and putting up a solar array.

The problem is: Toronto’s distribution network was not designed for the Teslas or the rooftop photovoltaics of the 21st century, and neither were the electricity networks in the vast majority of other cities around the world. 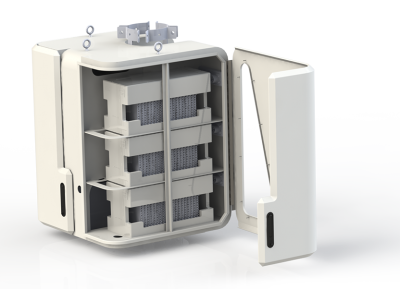 The eCamion chief pointed to EVs as a good example. If one person on a street has a Tesla, it’s not likely to be an issue, Subramanian said. On the other hand, if a cluster of four or five neighbours have EVs and all of them come home to plug in at the same time, the distribution network runs into problems.

Likewise, cities’ electricity networks are simply not ready for anyone who wants a solar panel on their roof to begin feeding electricity back into the grid.

eCamion and Ryerson’s electricity-pole-mounted smart energy storage solution, or PMESS, is designed to change all this. At the same time, the battery will use its storage capacity to optimize the grid by storing energy at off-peak times and discharging it at peak—just like Tesla’s much-touted Powerwall storage system does for an individual home. Unlike the Powerwall, however, the PMESS is a utility-based solution that does not require the direct participation of individual consumers.

While eCamion’s main role in the project was to develop the 16-kilowatt-hour battery, Ryerson worked to integrate the new technology with existing infrastructure by developing a “smart controller.” The controller enhances grid reliability, and allows for greater electric vehicle penetration as well as more renewable energy on the electricity distribution system.

Bala Venkatesh, director of Ryerson’s Centre for Urban Energy, said his team, which ranges from post-doctoral students to undergrads, has designed the controller to use data from customers’ smart meters to optimize the system. For Ryerson, the project not only allows the university to team up with a corporate partner to develop a commercial product, but gives its students the chance to gain real-world experience.

Along with eCamion, Ryerson and Toronto Hydro, the Ontario government is also a key partner on the project. Through its Smart Grid Fund, the province provided $600,000 in funding. The two-year collaboration effort cost $1.2 million overall, with Ryerson, and to a greater degree, eCamion, supplying the other half of the funds.

The first PMESS is slated to be mounted on a Toronto Hydro pole later this year, and the demonstration project will then run about six months.

Once the project’s been proven, the market opportunity does not end at Toronto’s city limits. In fact, Subramanian and Venkatesh originally developed the idea on trade missions to Brazil and India, thinking the technology would be perfect to combat some of the problems faced by local utilities in those jurisdictions. Though the team is currently working to optimize system’s algorithms for Toronto, it anticipates the product may actually be even more valuable to places such as Brazil, China and India, which face even greater population density, emissions and electricity supply issues.