Canadian firm's U.S. subsidiary has set the American regulatory wheels in motion, preparing for a next-gen nuclear site in the U.S. in the 2020s 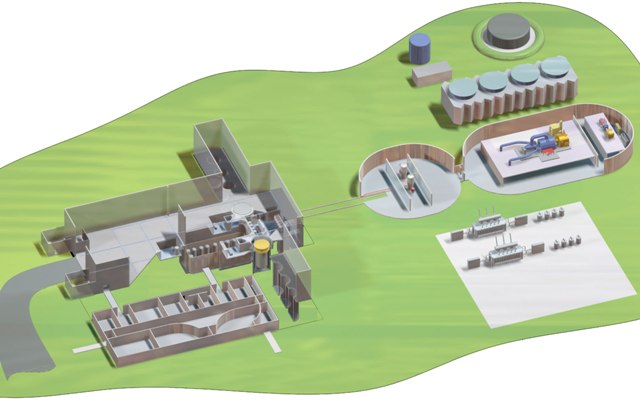 NEW YORK—The American wing of Ontario-based Terrestrial Energy Inc. is pushing forward with plans to commercialize a next-generation nuclear reactor in the U.S.

As part of the pre-application process, the company announced Jan. 24 it has informed the U.S. Nuclear Regulatory Commission (USNRC) it plans to apply to license a small modular nuclear reactor in the U.S. within the next few years.

Mirroring a similar move in Canada last year, when Terrestrial began engaging with the Canadian Nuclear Safety Commission on its reactor design, the company said it will begin working with the U.S. nuclear watchdog to develop a licensing framework for its technology this year.

Ultimately, Terrestrial plans to submit a licensing application to the USNRC in late 2019.

“This is a very exciting time for the nuclear power industry,” Simon Irish, the company’s CEO, said in a statement. “We are moving forward with the design and regulatory actions needed to allow the company to bring the [Integral Molten Salt Reactor] to market in the 2020s.”

“The IMSR’s design choices will result in an Advanced Reactor that delivers clean, cost-competitive and high-grade industrial heat,” Irish added. “This capability can serve the many and varied heat requirements of industry, and as well as those of the electric power sector where the IMSR’s dispatchablity will be greatly prized.”

The company has been developing its IMSR since 2013, with the goal of bringing the civilian nuclear power industry into the 21st century. Employing liquid uranium as opposed to solid uranium, Terrestrial touts the design as both safer and cleaner—due to possible spent fuel recycling—than conventional nuclear power. Unlike the majority of the world’s functioning nuclear reactors, which rely on pressurized water, Terrestrial’s design does not require pressurization of any kind.

As the name suggests, the reactor uses molten fluoride or chloride salt that serves as both the nuclear fuel and the coolant.

The company is one of a number of Canadian startups working to modernize the nuclear industry. Last year, Terrestrial raised $10 million in its first major financing round to further its design.

Though the company says its molten salt nuclear technology is entirely scalable—unlike traditional plants that need to be large in order to make them economically competitive—it is planning to pursue a 400 megawatt-thermal reactor in the U.S.

Terrestrial said it is evaluating four possible sites for the plant, including Idaho National Laboratory in the western U.S., as well as three unidentified sites “east of the Mississippi River.”