Damage to plane's batteries will translate to months of delays 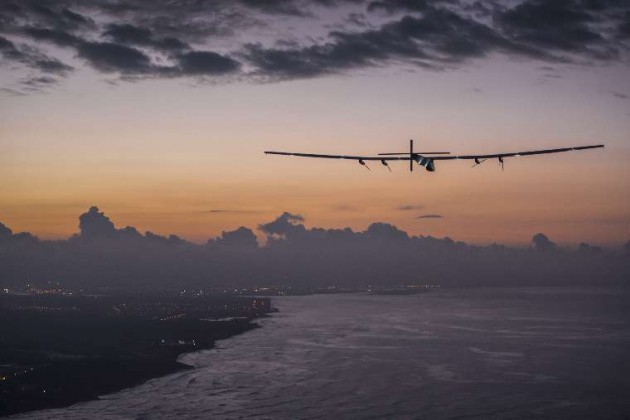 KALAELOA, Hawaii—Solar Impulse 2 touched down in Hawaii earlier this month to much fanfare after completing the longest leg of its around-the-world journey. In addition to being another milestone flight for the solar industry, by touching down in the mid-Pacific, the plane’s pilot, Andre Borschberg, became the world-record holder for longest non-stop solo flight.

But the journey wasn’t supposed to end there. The five days and nights in the air, which totaled nearly 116 hours, however, had taken their toll on the plane’s batteries. The around the world journey has not been cancelled, but it has been put on hold.

“Si2 has suffered battery damages due to overheating,” Solar Impulse said. “The damage to certain parts of the batteries is irreversible and will require repairs and replacements that will take several weeks to work through.”

Initially, Solar Impulse announced the first attempt at a solo around-the-world solar-powered flight would not get underway again before August. However, as the engineers assessed the damage – brought on by a fast ascent from Nagoya and an incorrect assessment of how the batteries would perform in tropical climates – the team announced July 15 that the around-the-world journey will not resume until at least April of 2016.

The plane itself is a single-seat design made of carbon fibre. It has a 72-metre wingspan – which is larger than a Boeing 747’s – but weighs only as much as a typical car. To power the plane, 17,000 solar cells are built into the wings, supplying four electric motors with renewable energy. The plane incorporates lithium batteries, which allow power to be maintained throughout the night.

Solar Impulse said the irreversible damage to certain parts of the batteries will require repairs which will take several months. Meanwhile, the engineering team will be studying various options for better cooling and heating processes for very long flights. The around-the-world venture is designed to “demonstrate that clean technologies and renewable energies can achieve the impossible.”

Despite the delay, Bertrand Piccard, the pilot slotted to take to the skies in Solar Impulse 2’s next stage of its around-the-world journey, is not discouraged.

“If one cannot cope with disappointment and frustration, one should not aim for exploration and adventure,” he tweeted earlier this week.