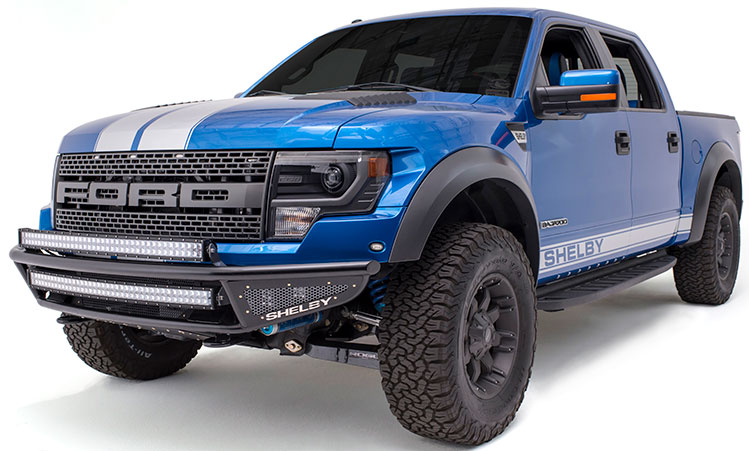 LAS VEGAS—Ford Motor Co.’s muscular SVT Raptor pickup truck is about to get even more studly.

Only 50 of these trucks will be built at the Shelby American factory in Las Vegas, N.V.

Powered by a 2.9 liter Whipple supercharger mounted on the massive 6.2L V8 engine, and coupled with bigger throttle bodies and injectors and a more robust heat exchanger, the Shelby Baja 700 screams to life.

Shelby American also takes the stock 411 horsepower rating of the Ford SVT Raptor and kicks it up over the staggering 700 horsepower mark with the Baja 700.

“In the best Shelby tradition, we took our already high-performance 575 horsepower Shelby Raptor and made it even more capable,” said Shelby American vice-president of Operations Akos J. Feher. “Fifty lucky owners will have the baddest, best-handling and best-looking Shelby truck we offer. Not to mention, all of the interior fit-and-finish people expect from Shelby. It’s a truck that can thrive under the most extreme conditions.”

Special edition graphics, badging, classic Shelby striping, 18-inch custom wheels and optional Rogue Racing front and rear bumpers, will visually set it apart from any other truck on the road.

The limited edition Shelby Baja 700 starts at $45,000, but that’s after you buy the base Raptor. Only 50 will be available and each will be numbered and documented with a unique Shelby CSM number and entered into the official Shelby Registry. 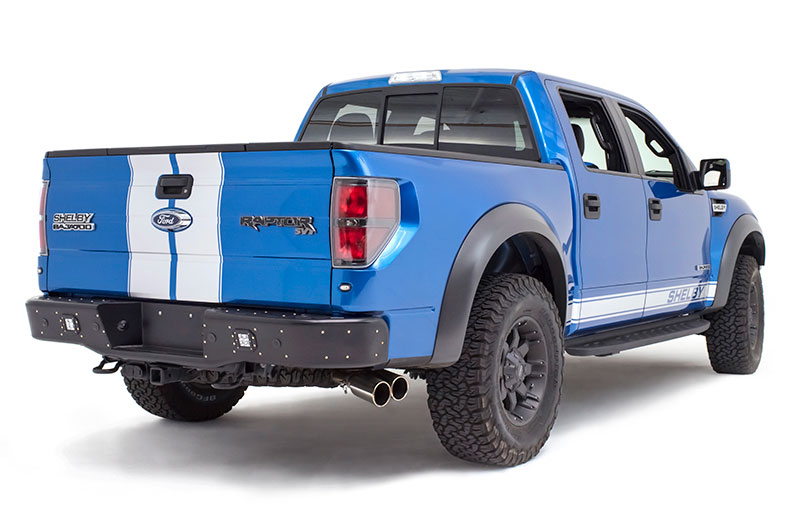