Uber-owned startup used its autonomous technology to haul a trailer loaded with 50,000 Budweiser 120 miles across Colorado 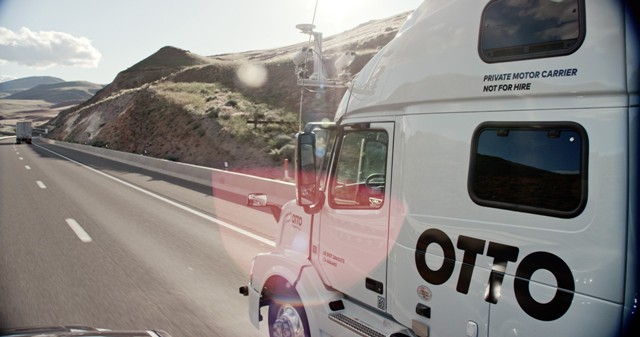 DENVER—Truckers have a fresh reason to worry.

Last week, a truck carry 51,744 cans of Budweiser pulled into Colorado Springs after an uneventful 120-mile journey down Inerstate-25 from Fort Collins, Colorado. There would have been nothing unusual about the short-haul trip through the Denver metro area, if it weren’t for the empty driver’s seat.

“The incredible success of this pilot shipment is an example of what is possible when you deploy self-driving technology,” Lior Ron, Otto’s co-founder, said. “It also showcases the importance of collaboration with forward-looking states like Colorado and innovative companies like Anheuser-Busch.”

“By embracing this technology, both organizations are actively contributing to the creation of a safer and more efficient transportation network. We are excited to have reached this milestone together, and look forward to further rolling out our technology on the nation’s highways.”

Though the truck did have some human cargo—a driver monitoring the self-driving truck’s progress from well-behind the wheel in the sleeper bunk—Otto’s self-driving technology performed every aspect of the drive itself, from accelerating to steering and braking.

With 94 per cent of American road accidents caused by human error, the technology is expected to make roads safer while making transportation significantly more fuel efficient.

A number of major automakers and tech companies are working on their own self-driving technologies for commercial vehicles, though regulations are expected to remain a sticking point for the technology over the short term.