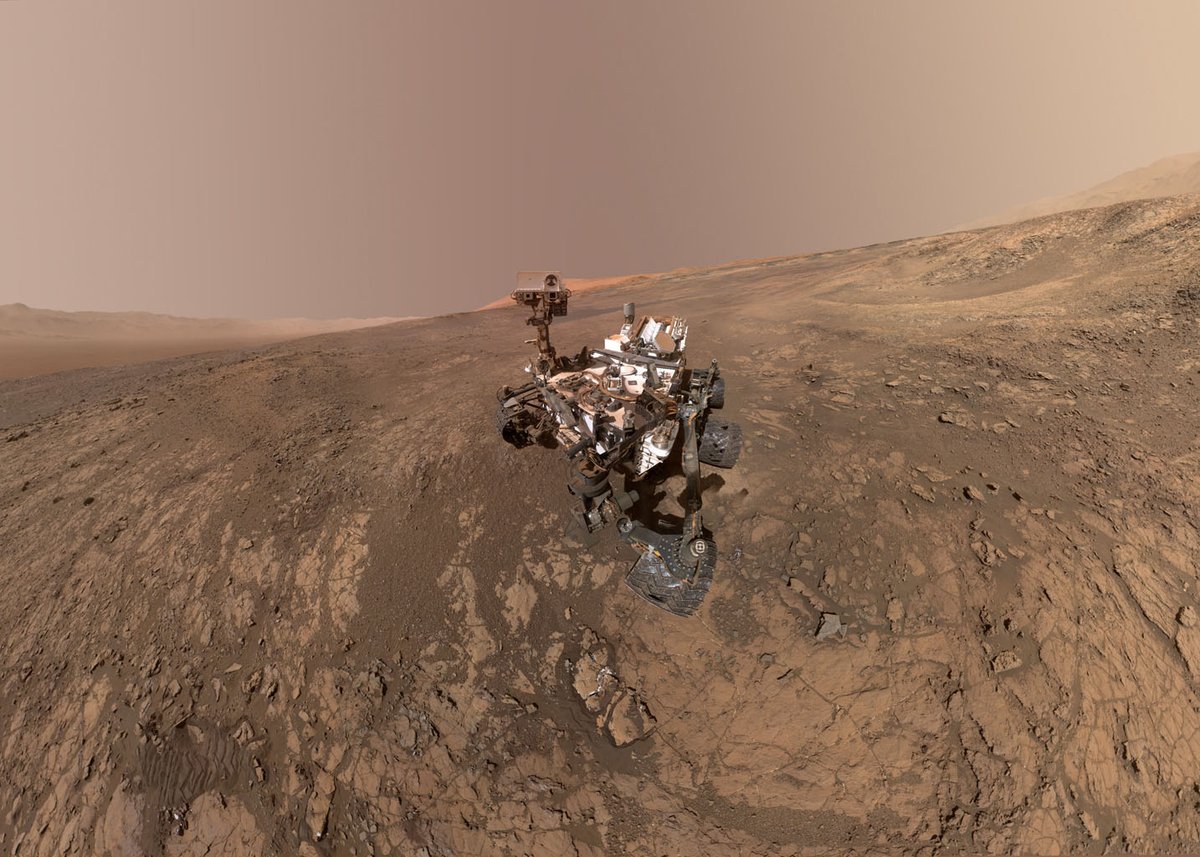 Scientists agree more powerful spacecraft, and ideally, rocks returned to Earth from Mars, are needed to prove whether tiny organisms like bacteria ever existed on the red planet. PHOTO: Curiosity Rover/Twitter

CAPE CANAVERAL, Fla.—New Mars discoveries are advancing the case for possible life on the red planet, past or even present.

Scientists reported Thursday that NASA’s Curiosity rover has found potential building blocks of life in an ancient Martian lakebed. Hints have been found before, but this is the best evidence yet.

The organic molecules preserved in 3.5 billion-year-old bedrock in Gale Crater—believed to once contain a shallow lake the size of Florida’s Lake Okeechobee—suggest conditions back then may have been conducive to life. That leaves open the possibility that microorganisms once populated our planetary neighbour and might still exist there.

“The chances of being able to find signs of ancient life with future missions, if life ever was present, just went up,” said Curiosity’s project scientist, Ashwin Vasavada of NASA’s Jet Propulsion Laboratory in Pasadena, California.

Curiosity also has confirmed sharp seasonal increases of methane in the Martian atmosphere. Researchers said they can’t rule out a biological source. Most of Earth’s atmospheric methane comes from animal and plant life, and the environment itself.

Oh, these are #organics in my neighborhood… Methane swells each summer and ancient carbon-compounds locked in rocks. I haven't found life on Mars, but signs say…we’re on the right track. https://t.co/hqunXt76og pic.twitter.com/ownp0modD4

The two studies appear in the journal Science. In a companion article, an outside expert describes the findings as “breakthroughs in astrobiology.”

“The question of whether life might have originated or existed on Mars is a lot more opportune now that we know that organic molecules were present on its surface at the time,” wrote Utrecht University astrobiologist Inge Loes ten Kate of the Netherlands.

Kirsten Siebach, a Rice University geologist who also was not involved in the studies, is equally excited. She said the discoveries break down some of the strongest arguments put forward by life-on-Mars skeptics, herself included.

“The big takeaway is that we can find evidence. We can find organic matter preserved in mudstones that are more than 3 billion years old,” Siebach said. “And we see releases of gas today that could be related to life in the subsurface or at the very least are probably related to warm water or environments where Earth life would be happy living.”

The methane observations provide “one of the most compelling” cases for present-day life, she said.

Related: InSight spacecraft on the way to Mars [WATCH]

Scientists agree more powerful spacecraft—and, ideally, rocks returned to Earth from Mars—are needed to prove whether tiny organisms like bacteria ever existed on the red planet.

JPL’s Christopher Webster, lead author on the study, said it’s the first time Martian methane has shown a repeated pattern. The magnitude of these seasonal peaks—by a factor of three—was far more than scientists expected. “We were just blown away,” he said. “It’s tripling … that’s a huge, huge difference.”

Webster theorizes the methane created either now or long ago is seeping from deep underground reservoirs up through cracks and fissures in the crust. Once at the surface, the methane sticks to dirt and rocks, with more released into the atmosphere when it’s hotter.

“We have no proof that the methane is formed biologically, but we cannot rule it out, even with this new data set,” Webster said.

Scientists have been seeking organic molecules on Mars ever since the 1976 Viking landers. The twin Vikings came up pretty much empty.

Arriving at Mars in 2012 with a drill and its own onboard labs, Curiosity confirmed the presence of organics in rocks in 2013, but the molecules weren’t exactly what scientists expected. So they looked elsewhere. The key samples in the latest findings came from a spot 4 miles (6.4 kilometres) away.

As with methane, there could well be non-biological explanations for the presence of carbon-containing molecules on Mars, such as geologic processes or impacts by asteroids, comet, meteors and interplanetary dust.

Jennifer Eigenbrode, an astrobiologist at NASA’s Goddard Space Flight Center in Greenbelt, Maryland who led the organics study, said she’s intrigued by the possibility that life might have existed and adapted on Mars.

“I’m equally as fascinated by the idea that life never got started on Mars in the first place. That’s a harder question to address scientifically, but I think that we need to give the search for life on Mars due diligence. We need to go to places that we think are the most likely places to find it.”