InSight spacecraft on the way to Mars [WATCH]

NASA's Mars InSight lander departed from California's Vandenberg Air Force Base May 5. It is expected to reach the red planet in six months and begin unprecedented geologic excavations 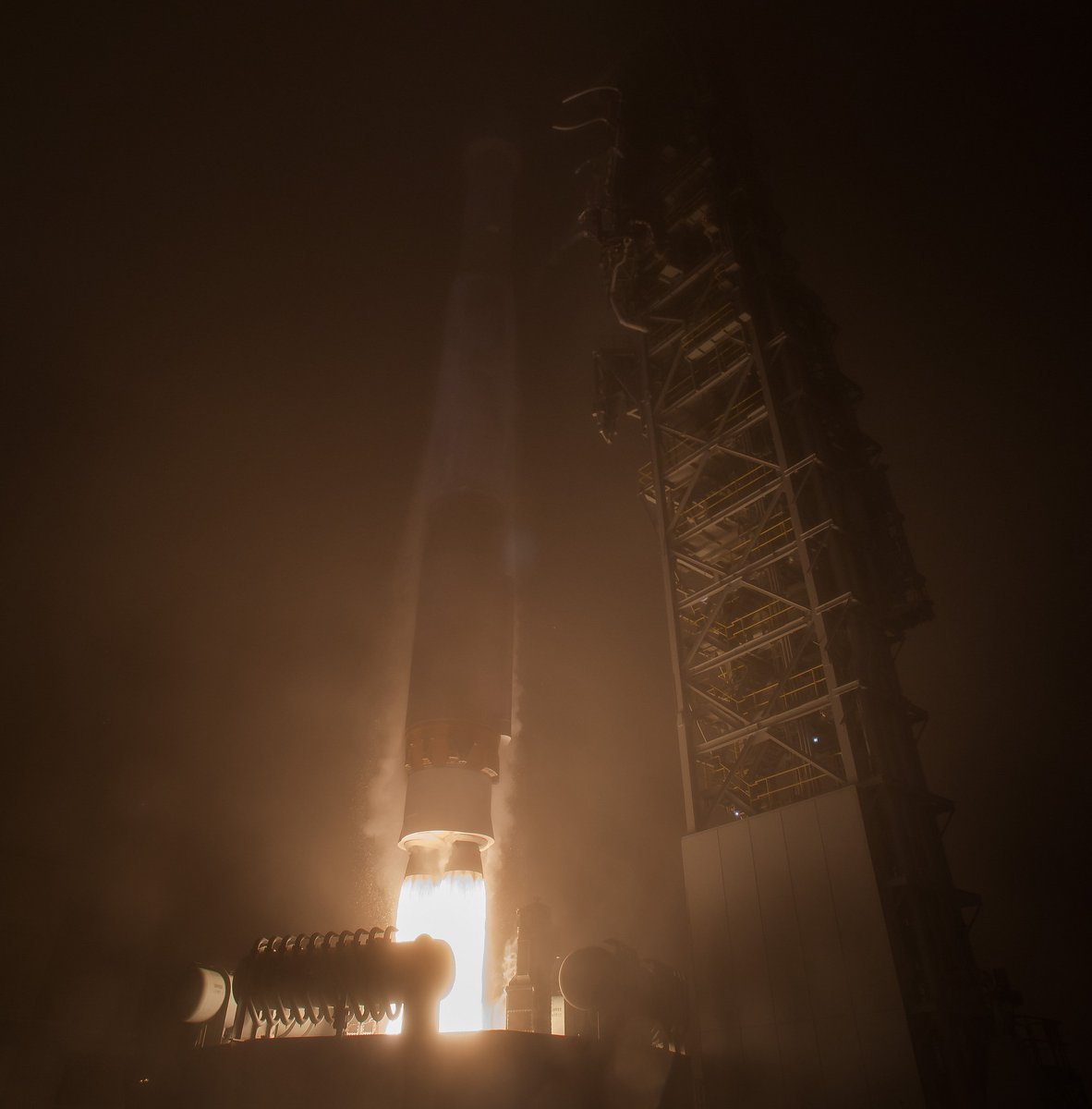 It was the first interplanetary mission ever to depart from California, instead of Florida’s Cape Canaveral. PHOTO: NASAInSight/Twitter

CAPE CANAVERAL, Fla.—A robotic geologist armed with a hammer and quake monitor rocketed toward Mars on Saturday, aiming to land on the red planet and explore its mysterious insides.

In a twist, NASA launched the Mars InSight lander from California rather than Florida’s Cape Canaveral. It was the first interplanetary mission ever to depart from the West Coast, drawing pre-dawn crowds to fog-socked Vandenberg Air Force Base and rocket watchers down the California coast into Baja.

“This is a big day. We’re going back to Mars!” NASA’s new boss, Jim Bridenstine, said following liftoff. “This is an extraordinary mission with a whole host of firsts.”

The spacecraft will take more than six months to get to Mars and start its unprecedented geologic excavations, travelling 300 million miles (485 million kilometres) to get there.

InSight will dig deeper into Mars than ever before—nearly 16 feet, or 5 metres—to take the planet’s temperature. It will also attempt to make the first measurements of marsquakes, using a high-tech seismometer placed directly on the Martian surface.

“That’s the real payoff of this whole mission and that’s still lying ahead of us,” said the mission’s chief scientist, Bruce Banerdt of NASA’s Jet Propulsion Laboratory in Pasadena, California.

Although fog prevented Banerdt from seeing the liftoff of the $1 billion U.S.-European mission, he heard the roar of the rocket and all the blaring car alarms it set off.

And we have liftoff! #Mars, here I come! 6 months and counting to the Red Planet. pic.twitter.com/wBPYdZVUlt

“It was just an incredible moment,” Banerdt told The Associated Press by phone. Despite the challenges still ahead, “I think I can bask in a little bit of satisfaction and just feeling like we really accomplished something today.”

Besides InSight, the United Launch Alliance’s Atlas V rocket gave a lift to a pair of mini test satellites, or CubeSats, that are trailing InSight to Mars to serve as a potential communication link. Nicknamed WALL-E and EVE from the 2008 animated movie, the twin briefcase-size spacecraft popped off the rocket’s upper stage in hot pursuit of InSight, as elated launch controllers applauded and shook hands following the morning’s success.

NASA hasn’t put a spacecraft down on Mars since the Curiosity rover in 2012. The U.S., in fact, is the only country to successfully land and operate a spacecraft at Mars. It’s tough, complicated stuff. Only about 40 per cent of all missions to Mars from all countries—orbiters and landers alike—have proven successful over the decades.

If all goes well, the three-legged InSight will descend by parachute and engine firings onto a flat equatorial region of Mars—believed to be free of big, potentially dangerous rocks—on Nov. 26. Once down, it will stay put, using a mechanical arm to place the science instruments on the surface.

Banerdt said Mars is ideal for learning how the rocky planets of our solar system formed 4.5 billion years ago. Unlike our active Earth, Mars hasn’t been transformed by plate tectonics and other processes, he noted. InSight might also help explain why some planets—like ours—went on to develop life, while others did not.

Over the course of two Earth years—or one Martian year—NASA expects InSight’s three main experiments to provide a true 3-D image of the interior of Mars. Scientists know Mars has an iron core and a crust, but beyond that, the inside is “basically, completely unknown,” said Banerdt.

The lander is equipped with a seismometer for measuring marsquakes, a self-hammering probe for burrowing beneath the surface, and a radio system for tracking the spacecraft’s position and planet’s wobbly rotation, thereby revealing the size and composition of Mars’ core.

“InSight, for seismologists, will really be a piece of history, a new page of history,” said the Paris Institute of Earth Physics’ Philippe Lognonne, lead scientist of the InSight seismometer.

Problems with the French-supplied seismometer kept InSight from launching two years ago. California was always part of the plan.

NASA normally launches from Cape Canaveral, but decided to switch to California for InSight to take advantage of a shorter flight backlog. This was the first U.S. interplanetary mission to launch from somewhere other than Cape Canaveral.

The fog ruined the view for those gathered at Vandenberg along the central California coast. But it was a marvelous sight farther south. The rocket’s bright orange flame was visible for some time as it arced upward across the dark sky west of greater Los Angeles.

Not even two weeks on the job, NASA’s new administrator, Bridenstine, observed the launch on monitors at space agency headquarters in Washington.

“I can’t think of a better way to start my day!” Bridenstine tweeted.