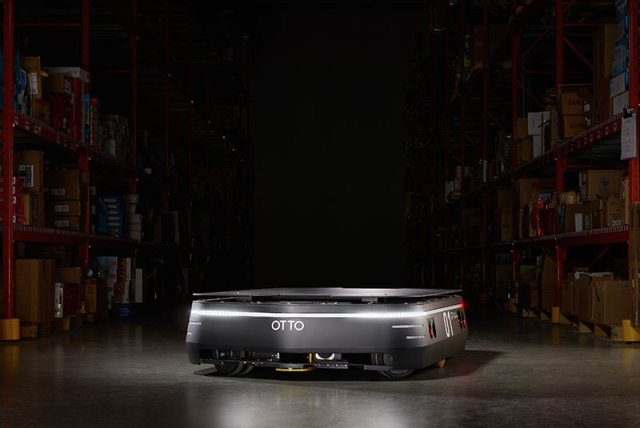 Though it isn’t too speedy, topping out at just 7 km/h, the Otto 1500 can move 1,500 kilograms and operate for six hours on a single battery charge. PHOTO: Clearpath Robotics

KITCHENER, Ont.—Ontario-based autonomy firm Clearpath Robotics has got its foot—or self-driving wheels—in the door at a Toyota Motor Corp. manufacturing plant in the southern U.S.

The company’s industrial subsidiary, Otto Motors, announced Feb. 14 one of its autonomous vehicles will begin delivering tires to assembly workers on the line at the Japanese automaker’s Corolla plant in Blue Springs, Mississippi.

Known as the Otto 1500, the knee-high palette-moving robot can move 1,500 kilograms. In this case, Clearpath said the vehicle will make up the last leg of an automated tire delivery system—after other machinery has unstacked the tires and loaded them onto conveyors.

“Toyota has set the standard in lean manufacturing principles and we’re very proud that Otto has been selected as a means to drive lean, flexible material transport for the Mississippi plant,” Simon Drexler, director of Industrial Solutions at Otto Motors, said in a statement.

Designed to move material indoors, the Otto vehicles use LiDAR sensors to see the surrounding area and incorporate obstacle avoidance, dynamic path planning, and passive suspension software. The 1500 can run for about six hours on a single battery change, while its much small cousin can run for four hours and move 100 kilograms.

John Deere and GE Healthcare are among the companies currently using the industrial robots.

Though the Toyota deal currently involves just a single Otto, Drexler said the initial vehicle could lead to further opportunities at the Mississippi facility.