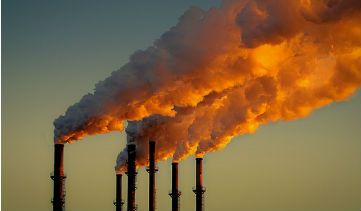 EDMONTON—The fight against climate change, both in Canada and around the world, has been building momentum all year.

Over the weekend, Canada’s highest emitter and by far its largest producer of fossil fuels unveiled its new climate strategy. And instead of being met with sharp derision by what could have been its most stinging critics, Alberta’s energy giants have come together to line up behind the NDP government’s climate plan.

Alberta will introduce an economy-wide carbon tax as well as a slow phase-out of the province’s coal plants under the new framework.

“Canadians have high expectations of themselves when it comes to protecting the environment and managing economic growth, and the world expects much of Canada,” Lorraine Mitchelmore, president and country chair for Shell Canada and EVP Heavy Oil for Shell, said. “Alberta’s new climate change policy sends a clear message that Alberta intends to live up to those expectations.

“Today’s announcement sets Canadian oil on the path to becoming the most environmentally and economically competitive in the world,” she added.

In a joint statement, Canadian Natural Resources Ltd, Cenovus Energy Inc., Shell Canada Ltd. and Suncor Energy Inc., outlined their support for the new regulations, saying they will help ensure producers can develop responsibly while addressing global climate change concerns. They also pointed to the carbon tax revenues being directed to the development of “game-changing” clean technology as a key aspect of plan.

“This made-in-Alberta plan lays the foundation for the province to become a global leader in addressing the climate change challenge. It also creates the conditions for Alberta’s oil to become carbon competitive on the global stage and for Canadians to begin receiving full value for their oil exports,” the companies said.

As several of the energy giants lauded the plan, another of its potential critics, TransAlta Corp. said it is carefully reviewing the new policy and that it is a “positive, timely and important step forward.” TransAlta operates a number of coal plants across the province, and says it has seen significant devaluation to its stock due to the uncertainty about the assets during the build-up to the announcement.

“What’s critically important is that the Premier has committed to an orderly transition that ensures system reliability and price stability for our customers, given that it is now certain that coal-fired generation will be phased out by 2030, and that the province’s policies will not unnecessarily strand capital,” TransAlta president and CEO, Dawn Farrell, said.

TransAlta also noted the support the emission policy will lend to renewables as the company focuses on growth in the solar, wind, hydro and gas markets.