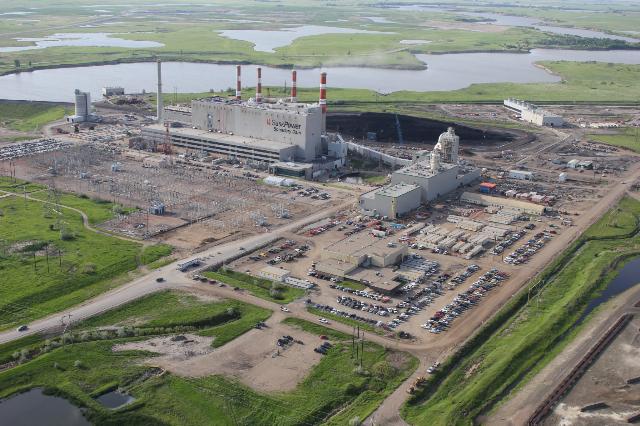 Carr toured SaskPower’s Boundary Dam 3 project in Estevan, Sask. July 6—a site that has been a source of significant controversy both within Saskatchewan and across Canada.

The retrofitted coal-fired power plant captures carbon dioxide and re-purposes it for other uses or sequester.

Carr said Prime Minister Justin Trudeau, U.S. President Barack Obama and Mexican President Enrique Pena Nieto all pointed to carbon capture and storage (CCS) as one of the roads to a low-carbon economy when they met in Ottawa last week.

The Saskatchewan plant, which officially opened in 2014, is one source of debate around the future of energy in Canada and the world, however. In addition to criticizing troublesome cost overruns and maintenance issues at the facility, opponents view carbon capture technology as a stopgap between fossil fuels and truly clean sources of power such as renewables. Proponents point to the the drastic improvement the CCS process has over traditional coal-fired generation.

Carr also commented on TransCanada’s Energy East pipeline proposal during his tour—another of the projects at the centre of the Canadian energy debate. He said the federal government wants to conduct a thorough review of the project.

The National Energy Board has 21 months to hold hearings along the 4,500-kilometre route from Alberta to New Brunswick and report to government whether the pipeline is in the national interest.

The $15.7-billion Energy East pipeline would open new markets for Canadian oil by carrying 1.1 million barrels of Alberta and Saskatchewan crude to refineries in Eastern Canada and an export terminal in New Brunswick.