Poised to enter into force in 2017 after years of tough negotiations, Britain's shock exit from the EU had thrown the future of CETA into question 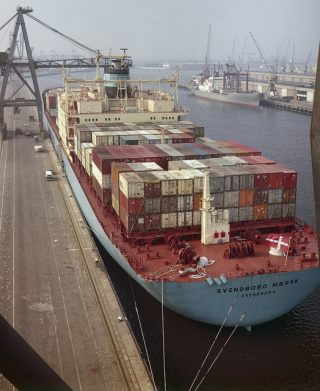 The U.K.’s decision to leave the EU has caused concern about the pending trade pact between Canada and Europe. PHOTO: Maersk Line, via Flickr

OTTAWA—Britain has assured Canada it will push for speedy ratification of the mammoth free trade deal with the European Union, despite its intention to leave the 28-country bloc, says International Trade Minister Chrystia Freeland.

Freeland told The Canadian Press she has received assurances from her British counterpart, Lord Mark Price, and that he’s conveyed those same assurances to their EU counterpart, Cecilia Malmstrom.

“We’ve proactively had assurances from Britain that Britain would be supporting the EU at that level, and is proud to do so,” Freeland said this week.

CETA to face slower-than-expected road to ratification, but neither “mixed” agreement nor Brexit will derail deal’s 2017 timeline, ambassador saysBritain’s referendum decision to leave the EU last month is one of many factors complicating the ratification of the Comprehensive Economic and Trade Agreement, or CETA.

Freeland said Britain has a lot of its plate, starting with selecting a new government later this year.

A senior government official said Wednesday it would be a long, complicated process before Britain formally leaves the EU. In the meantime, Britain is bound by its treaty obligations, which include CETA.

Britain has yet to serve formal notice to the EU that it intends to leave, by invoking Article 50 of the Lisbon Treaty, which has never been done. That would trigger a two-year negotiation period.

But the government official, who briefed journalists on the condition he not be named, said that two-year period could be extended, perhaps up to a decade because of some 40 years of common regulation.

“It’s going to be extremely complicated to try to extricate the UK from all of those regulations if that’s where would they would like to head.”

Scott Sinclair, a senior research fellow with the Canadian Centre for Policy Alternatives, said the government needs to make a critical evaluation of how the deal could be diminished by Britain’s departure.

“We’re going to be paying a lot more for drugs. We’re going to be risking more investor-state lawsuits. Dairy farmers took a hit,” he said. “With Brexit it’s fair to ask, are we getting less in return?”

The European Commission this week said it would designate the deal a “mixed” agreement, which means that each of the EU’s countries must ratify it.

Though that’s viewed as a slow track to ratification, the EU and Canada insist that 90 per cent of the deal will take effect next year with only the European Parliament’s approval under what is known as provisional application.

The government official said it could take up to five years for individual European parliaments to ratify the deal, but admitted it would plunge everyone into uncharted territory if one of them rejected it.

French Trade Minister Matthias Fekl said Wednesday his country supports the deal, but it is also important for national parliaments to vote on it because “this is an essential matter in order to ensure that European citizens support the trade policies enacted on their behalf.”

The Canadian official said there is also “an active internal debate” about the deal in Austria and Belgium, so the government is reaching out directly to them to sell the merits of it.

The official also said that negotiations are ongoing with Romania and Bulgaria about lifting the visas Canada imposes on their travellers. He insisted Canada won’t lift the visa requirements for the sake of helping the trade deal.

The EU ambassador to Canada, Marie-Anne Coninsx, has linked the two issues, saying it needs to be resolved to remove an unnecessary impediment to CETA’s ratification.