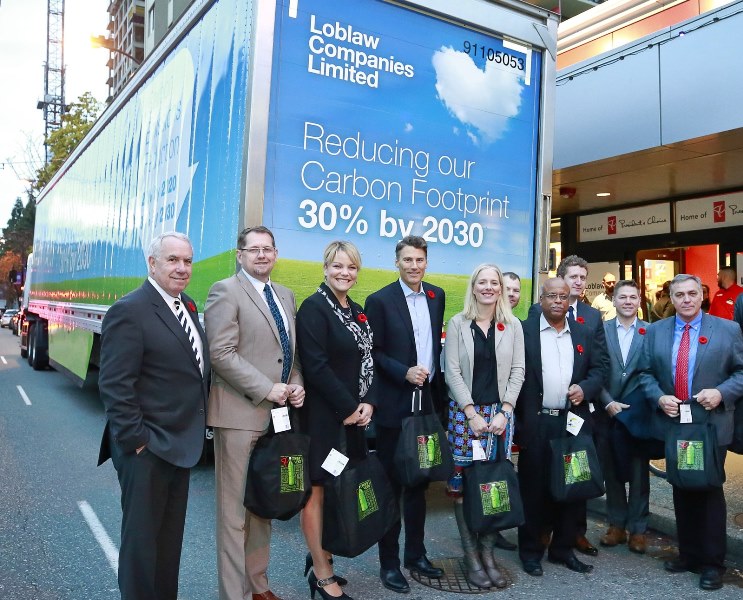 The company unveiled the truck last week. A number of government and company officials were in attendance. PHOTO: Loblaw

Loblaw said the new 53-foot truck is the first step in its effort to slash diesel emissions across its sprawling supply chain by converting its fleet to fully-electric or hybrid trucks.

“As one of Canada’s largest energy users, given the size and scope of our retail network and supply chain, we know we have a critical role to play in helping Canada reach its carbon reduction targets,” said Rob Wiebe, Loblaw’s executive vice-president of Supply Chain.

According to BYD, its Class 8 vehicle has a gross combination weight rating of 120,000 pounds (approximately 54,000 kilograms) and can travel 92 miles (148 kilometres) on a single charge.

Loblaw said it plans to roll out the new electric vehicle and refrigeration technology on a wider scale in the coming years. The company has committed to trimming its transportation-related emissions by 25 per cent by 2030.