Think tank releases report detailing how government should invest in projects with long-term returns, not just those that are shovel-ready 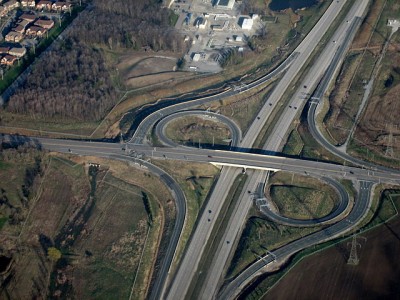 With billions being dedicated to infrastructure in 2016, the think tank says it is “critical” governments invest in smart projects. PHOTO: SimonP, via Wikimedia Commons

TORONTO—With governments across Canada, including the one in Ottawa, embarking on significant infrastructure spending programs, it is critical they take the time to invest in smart projects with the highest long-term returns, and not just those that are shovel-ready, a new C.D. Howe Institute report, says.

The report sets out blueprints for all levels of government on how to ensure their infrastructure decisions are sound.

“Billions will be committed to infrastructure spending in 2016,” Benjamin Dachis, senior policy analyst at the institute and the report’s author, said. “It is critical that governments invest in smart projects and do so using best practices.”

At the national level, the think tank says the federal government’s first priority should be aiming to spend funds on areas with the greatest intergovernmental spillovers; the new Liberal government has developed plans to increase total infrastructure spending by $60 billion over the next 10 years. Meanwhile, the C.D. Howe said Ottawa should reassess how it provides grants to provinces and municipalities “to reduce the potential blurring of accountability and perverse incentives for lower-level governments to spend money on projects with limited economic benefits.”

The institute also argued the federal government should reconsider its plan for an Infrastructure Bank.

“When governments are considering the cost of financing in cost-benefit analyses, they should not assume that a lower rate of interest is a reason for governments to support infrastructure,” the report says.

At the provincial level, the think tank noted that government revenues from road uses, such as gas taxes and vehicle licenses, do not cover roadway expenses and do little to ease congestion.

“Provincial governments should instead look to expand road pricing on highways and roads wherever feasible to finance infrastructure,” the report says.

The institute points to Ontario’s tentative steps to install road pricing through its High Occupancy Toll, or HOT lane, pilot. Dachis says the ring roads in Calgary and Edmonton are two other areas that are “ideal locations” for HOT lanes— and so are new highway expansions in other provinces.

For Canadian cities, the C.D. Howe advocates the sale of electricity distribution companies to generate funding for infrastructure that cities “must own.” Pointing to the Greater Toronto Area as a specific example, the report argues for the sale of “underutilized assets” as Ontario has done with the partial sale of Hydro One.

Finally, the report says cities should rely more on those people using their infrastructure to pay for it, as opposed to financing it through relying on development charges and reserve funds.

“Financing infrastructure with deficits has an economic cost,” Dachis said, “As governments expand their investments in critical infrastructure, they should ensure they are investing in the right projects with highest long-run returns, not necessarily the shovel-ready ones.”