The watchdog found that of the $13.6 billion in infrastructure money announced last year, just $4.6 billion worth of projects have been identified 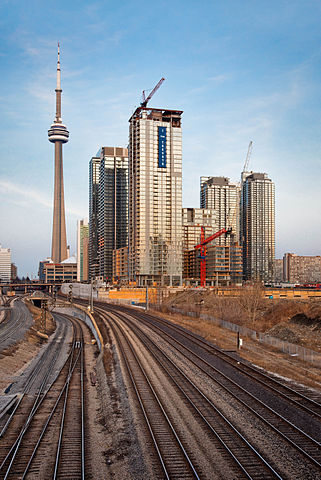 The PBO says the federal government needs to identify projects within 14 months if it expects to meet economic growth targets. PHOTO: Benson Kua, via Wikimedia Commons

The report released Feb. 2 by the parliamentary budget office says that of the $13.6 billion in infrastructure money announced in last year’s budget and slated to be spent through March 2018, departments have only identified $4.6 billion worth of projects.

The timing of spending is critical to federal economic projections and the ensuing effect on federal finances.

The Liberals’ first budget predicted that the infrastructure money would boost the economy by 0.6 per cent over two years. The parliamentary budget office report says the government needs to disburse roughly $11 billion by the end of March 2018 to meet that target.

The 31 departments and agencies overseeing the flow of the new infrastructure money have committed to spending the allocated money by next year, but the data shows “there remains a significant gap” to meeting that target, the report says.

The report also takes the government to task for its transparency on spending, saying the Liberals have not provided any performance measurement framework to make sure the money is meeting its intended goals.

The report is the latest from the budget watchdog that has raised concerns about the pace of infrastructure spending, which often doesn’t happen as quickly as governments expect. Spending analyses have shown that about one-quarter of infrastructure funds don’t get spent in the year for which they are budgeted.

Federal dollars only flow once project proponents submit receipts for reimbursement, often leaving a lag between when work takes place and when infrastructure money is actually spent.

“That doesn’t mean that projects are not being built, or not being planned or not being delivered upon,” Infrastructure Minister Amarjeet Sohi said in response to questions about the report.

The first phase of the program was designed as a short-term stimulus package to repair aging and crumbling infrastructure in cities and on reserves and provide cash to local officials to plan for larger projects that would be eligible for funding on the second and more lucrative phase, the details of which will be unveiled in this year’s budget.

Sohi suggested there may need to be another round of negotiations with provinces on the parameters of the funding that would be part of bilateral funding agreements. Those agreements took until the summer to finalize for the first phase of funding, which pushed back when federal dollars could begin to flow to projects.

He said the federal government has had to prod provincial officials to finalize the list of projects they want funded. Federal officials are still poring over project proposals with the expectation that the government will approve them for funding over the coming months.

The report arrived on the same day the government and the Federation of Canadian Municipalities unveiled details of a $50-million fund mentioned in the 2016 budget designed to help cities better plan infrastructure work.

The Liberals hope the money will help cities better plan for infrastructure work in the future.